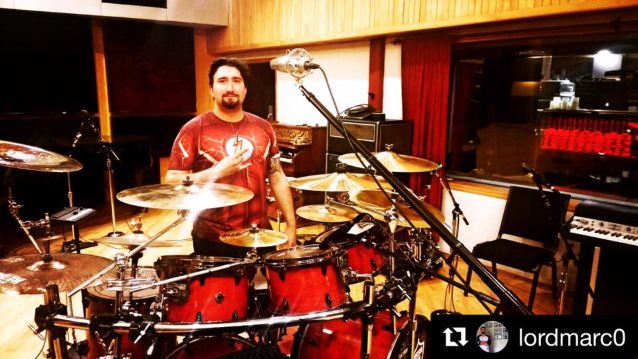 In a post on his Facebook page, Pitruzzella wrote: "I recorded all the songs for the upcoming SIX FEET UNDER record entitled 'Torment' in one take. All acoustic drums, no triggers, no editing, no quantizing. I wanted to capture the realest sound possible unlike the majority of music being produced today. That way when you see SIX FEET UNDER perform live, we will sound exactly like the album, if not even better than the CD audio! No gimmicks, no tricks here, only raw true American death metal."

He continued: "The new album will showcase the fastest SIX FEET UNDER material to date, as well as the slowest SIX FEET UNDER... (there is a track that is 96bpm for a bit)... I recorded all the drums without using a click track. I played along to pre-recorded guitar and bass tracks that I had been studying for months before entering the studio.

"For those of you interested in possibly the craziest SIX FEET UNDER, you'll enjoy track three, 'The Separation Of Flesh From Bone', where I gravity-blast the ride cymbal for a bit. Followed by a speedy track 'Schizomaniac'.

"Anyways, I am very excited and eager for you all to hear this brutal album!"

Barnes states about "Torment": "I've been lucky to have a lot of standout albums in my career. That's only because I've had a great many talented writing partners and musicians to collaborate with. Our new album, 'Torment', to me, is one of those albums. Jeff Hughell has provided the flammable material for me to write some explosive lyrics and vocal parts to.

"I know people always say, 'This is my best album ever,' and I won't say that, because everyone has their own favorites, but I do enjoy creating new music, and I feel as though with this one we expressed concisely and to the fullest the duality of our music. I have also found it important over the years, going back to the start of my career, that the artwork for our albums gets to express, on some level, what the experience is within. To do that this time around, we were able to incorporate an amazing new artist, Septian Devenum, to take on the task of visually bringing this album to life.

"Every song on the album is depicted with a piece of artwork that explores the lyrical content of each song, similar to what we did for the packaging for our album 'Bringer Of Blood'.

"'Torment' has been a great album to work on and help create, we hope all of our fans appreciate it."

01. Sacrificial Kill
02. Exploratory Homicide
03. The Separation Of Flesh From Bone
04. Schizomaniac
05. Skeleton
06. Knife Through The Skull
07. Slaughtered As They Slept
08. In The Process Of Decomposing
09. Funeral Mask
10. Obsidian
11. Bloody Underwear
12. Roots Of Evil

SIX FEET UNDER's new album was mixed by Chris "Zeuss" Harris and was previously described by Barnes as "the most brutally intense, groove-laden masterpiece we've ever put together!"

SIX FEET UNDER last month completed the "X-Mas in Hell Tour 2016" in Germany where the band celebrated the 21st anniversary of its debut album, "Haunted", by performing the LP in its entirety. 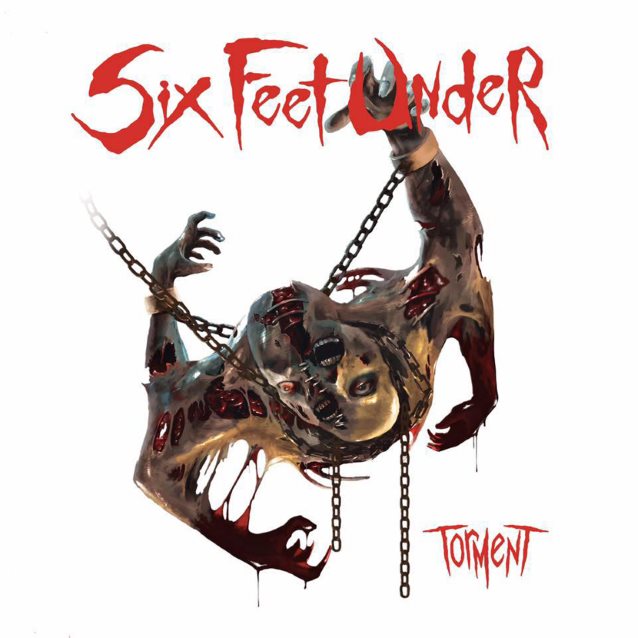