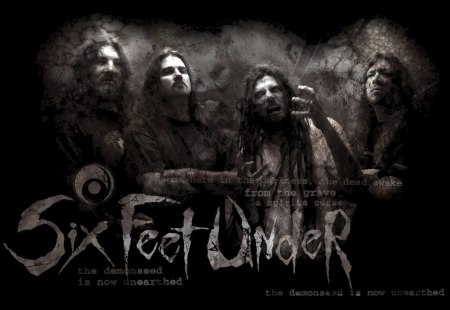 SIX FEET UNDER To Tour Eastern Europe In The Spring

Florida-based death metal veterans SIX FEET UNDER will embark on an Eastern European tour between March 30 and April 10. More details will be announced later in the month.

SIX FEET UNDER's "Wake The Night! Live In Germany" DVD will be released on January 31 in Europe (three days earlier in Germany) and February 1 in North America via Metal Blade Records. The set features footage from the band's August 8, 2009 performance at the b>Party.San Open Air in Bad Berka, Germany. The gig was filmed by Roax Films with nine cameras and recorded in 5.1 Surround Sound, picture size 16:9.

To make the purchase even more attractive, the initial European pressing will include the digipak version of the latest SIX FEET UNDER covers album, "Graveyard Classics III".

The DVD will be released on mid-price and the bonus CD will not cost a penny extra! This release and the attached price strategy is a big thank you from Chris Barnes and his gang to all their loyal fans.