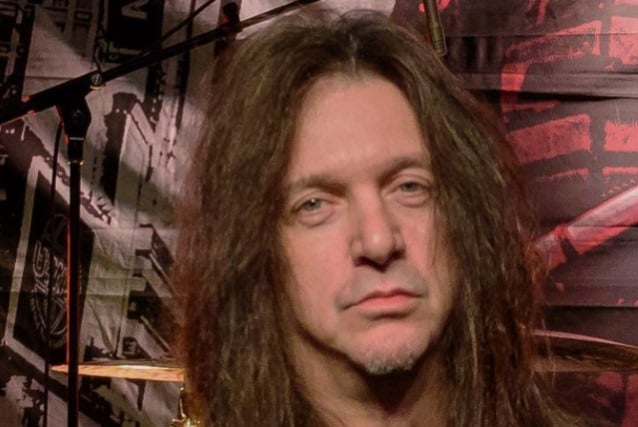 SKID ROW guitarist Dave "Snake" Sabo says that he has not yet picked up a copy of Sebastian Bach's autobiography, "18 And Life On Skid Row", insisting that "there are a lot of other books out there that I should be reading first."

Bach fronted SKID ROW until 1996, when he was fired. Instead of throwing in the towel, the remaining members took a hiatus and went on to play briefly in a band called OZONE MONDAY. In 1999, SKID ROW reformed and, after a bit of shuffling over the years, settled on a lineup revolving around the core trio of bassist Rachel Bolan and guitarists Sabo and Scotti Hill.

It took Sebastian four years to write the 448-page "18 And Life On Skid Row" before its December 2016 release. Unlike many rockers, he worked on it without a co-writer or ghostwriter, explaining that he didn't "wanna read some stranger's account of my life."

Asked in a new interview with On: Yorkshire Magazine if he has read "18 And Life On Skid Row", Sabo said: "In all honesty, it's not even a concern. My priority is here and now.

"I chose, a long time ago, personally, that I don't want any negativity in my life. I'm not gonna surround myself with it, and I'm not gonna be a part of it.

"You make choices in life, and that is one that I made and I have held true to that pretty good. I think everybody has.

"I don't wish anybody any ill will, because everyone needs to make a living, they have families and stuff like that, and I hope everybody can provide for them, but what I'm concerned about is about my family, my music family and my family at home. That's it."

Circling back to the original question, the guitarist added: "There are a lot of other books out there that I should be reading first."