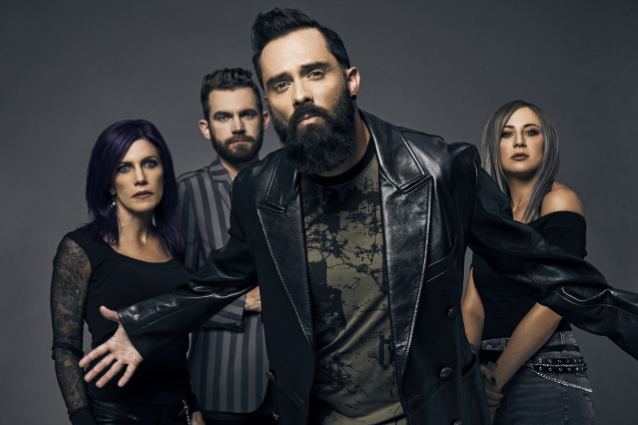 Further cementing their place as one of the best-selling rock bands of the 21st century, 12-times-platinum rockers SKILLET are seeing their RIAA certifications multiply yet again. Their latest milestones include the new triple-platinum status of their landmark album "Awake", with three of its hit tracks also accumulating more certs as "Awake & Alive" goes double-platinum, "Hero" triple-platinum, and "Monster", already one of the most-streamed rock songs in history with over four billion global audio streams, hits quadruple platinum status.

SKILLET's latest single, "Surviving The Game", the first from their forthcoming album "Dominion" (due on January 14 via Atlantic),has made a strong debut, already accumulating over 6.5 million streams. Its music video has been viewed over 2.7 million times, and has seen some great sport sync usage, including a recent MLB hit. Now, their second instant grat track, "Standing In The Storm" is available upon pre-ordering "Dominion". Fans also have access to a lyric video for "Standing In The Storm", which swirls around the key line "I've still got some life in me", culled from one of Korey Cooper's journals.

SKILLET frontman John Cooper comments: "We're getting older, our kids are getting older, and the world is falling apart, so there's a part of me that's like, 'Do you really want to go back on the road in the midst of a pandemic?' Do we want to keep this business going? Then, she showed me this passage in her journal. I was really impacted. I started to think, 'Yes, there's a lot of crazy things going on, but I'm not done.'"

"'Dominion' is about the celebration of freedom, a liberation from fear — to be who we want to be, say what we want to say, believe what we want to believe," John Cooper says. "In some ways, it's a reminder of the God-given rights that we were born with. It's time to regain some sort of control over our lives and not be a slave to fear. I hope this record is going to make people feel empowered, inspired, uplifted and want to rock their faces off." 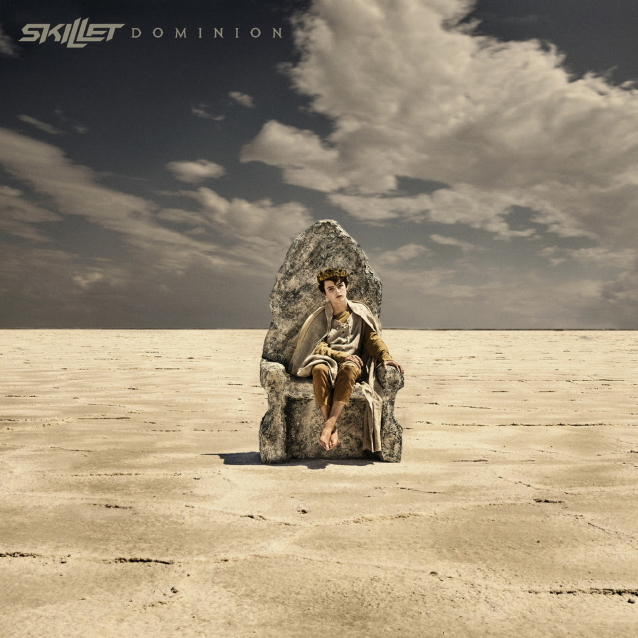