SKILLET's JOHN COOPER: 'If You Build Your Life On Top Of The Words Of Jesus Christ, You Will Be Unshakeable'

John Cooper, the frontman and bassist for SKILLET, a Grammy-nominated Christian rock band with three gold-certified albums and one double-platinum-certified album to its name, spoke to "The Eric Metaxas Radio Show" about his recently released debut book, "Awake & Alive To Truth (Finding Truth In The Chaos Of A Relativistic World)". Regarding his inspiration for writing the book, John said (see video below): "My mom was a Jesus freak, so I was raised in a Christian family. My mom taught me about the Bible ever since I was a kid.

"For 20 years on the road, people always ask, 'What's the best advice you've ever been given?' And I say the best advice I've ever been given is seek first the kingdom of God and his righteousness and everything else will be added to you," he continued. "It is the foundation of life. If you build your life on top of the words of Jesus Christ — and, of course, the Scriptures — then you will be unshakeable, because you are in line with the Creator. But if you don't build your life on that foundation, then everything else is going to fall. And I think we're even seeing that in America. We're even seeing it in the Christian church in America at large. The Christian church no longer believes in the absolute truth of the word. We've replaced it with emotionalism; we've replaced it with the way we feel like we want things to be; and we've replaced it with putting ourselves on the throne.

"The reason I'm so passionate about it is, in my line of work, I ran into so many professing Christians who said, 'John, I'm totally into Jesus. I'm just not into the Bible.' And I kept thinking, 'That's not even possible. That doesn't even make any sense.' Jesus is the word.

"I call this book 'Theology For Dummies'," John added. "Maybe you can't sit through a John Calvin book. You can sit through my book, and I hope that it can help people who are outside of faith, maybe not even familiar with Christianity, understand authority of scripture and the person of Jesus Christ, who is fully man but also incarnate of God."

After traveling the world for 23 years as the lead singer/bassist for SKILLET, the Memphis, Tennessee-born Cooper, who lives in Kenosha, Wisconsin, says he has noticed one consistent issue: people are desperately confused. "Awake & Alive To Truth" tackles the reigning philosophies of our day of post-modernism, relativism, and the popular view of the goodness of man-and combats these viewpoints by standing on the absolute truth of the Word of God. "Awake & Alive To Truth" answers some of the most asked questions in modern culture. Cooper takes readers on a journey through personal stories, the doctrine of original sin, the authority of Scripture, the danger of trusting your emotions, and ends with the greatest news possible: God wants to rescue you from the chaos and the darkness and bring you into His glorious light.

In the fall of 2019, Cooper launched his "Cooper Stuff" podcast following the chain reaction to a popular post he titled "What In God's Name is Happening in Christianity?" dealing with faith leaders and 'influencers' falling away from their faith. Since then, Cooper has taken hot-button issues head-on, and gained an ever-growing audience. One of his more recent episodes, currently with over 500,000 views, came when an outbreak of violence took over downtown Kenosha, just blocks from his home, after the Jacob Blake shooting. Other topics/titles have included "Cancel Christianity," "Falling Into The Abyss Of Wokeness," "Christian Leaders Are Failing Us," "Civil War In The Church, "Equity, Diversity And Inclusion Is The New Sex, Drugs And Rock 'N Roll," and many more.

"In an era of tolerance and self-proclaimed love, why are we getting angrier and lonelier?" Cooper asks. "One big reason is because relative truth doesn't work. If nothing is absolutely true, then anything can be viewed as good. Political and social movements create a popular opinion that through social media and the news media are promulgated as virtuous, only to be changed the next day.

"I wrote 'Awake & Alive To Truth' because we live in a culture that is more concerned with tone rather than honesty, emotion rather than critical thinking, and empathy rather than truth. I believe truth is revealed by God and God alone. The identity you belong to — the color of your skin, your gender, or your economic status — cannot be a prerequisite for understanding the truth." 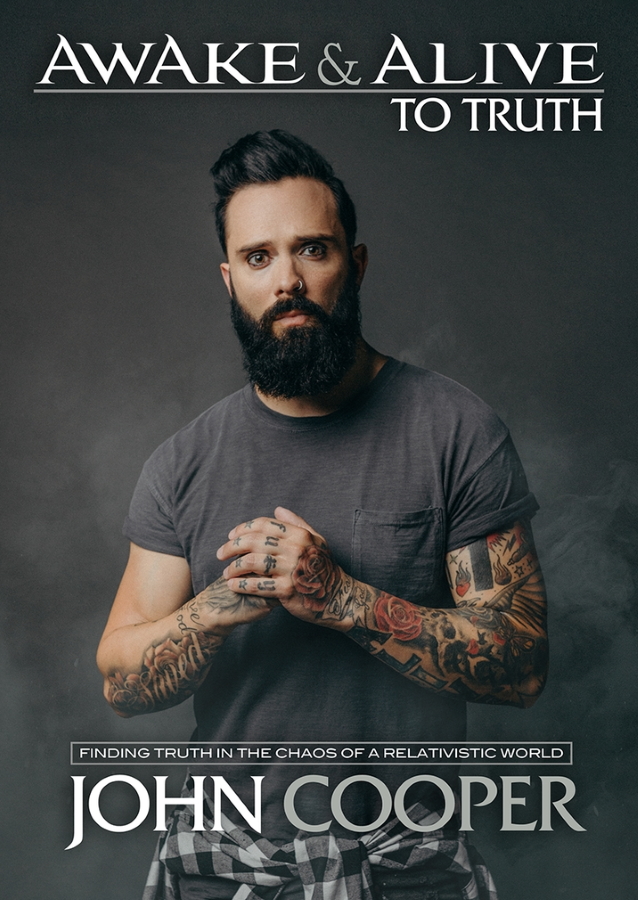