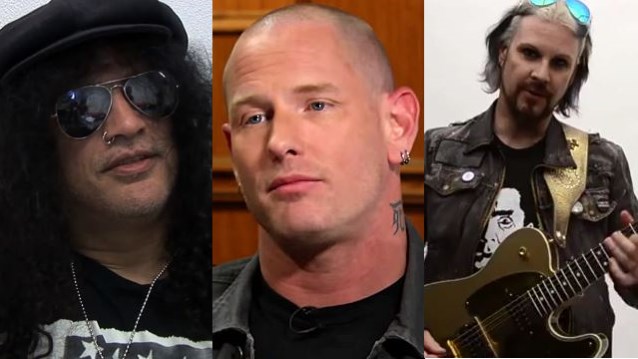 For the second installment of Fear FestEvil, Hammett has dug deeper into his crypt for the makings of another spectacular three-day event.

Part One: A Murder Mystery Dinner/VIP Party to be held at the legendary Winchester Mystery House in San Jose, California on Friday, April 10. It'll be a classic night of "whodunit" madness dining alongside Hammett and touring the famously eerie mansion while unraveling clues from invited "horror royalty" to solve the "who killed who" mystery with all the expected plot twists & turns!

Performing live at the RockBar Theater in San Jose on Saturday and Sunday, April 11-12 will be Nuclear Blast artists MESHUGGAH, AGNOSTIC FRONT, and ORCHID, in addition to the North American debut of multicultural blues rock band BLUES PILLS. Also performing will be HIGH ON FIRE and ASADA MESSIAH. SiriusXM's Liquid Metal host José Mangin and Nikki Blakk of Bay Area rock station 107.7 The Bone will preside over the musical mayhem at the RockBar, where another exhibit of some of the finest pieces in any modern collection of horror memorabilia will be on display.

"It has always been my intention that Fear FestEvil events carry both the weird and the loud," stated Kirk Hammett, "and what better way to achieve another extension of what we want to do than eat dinner in a haunted house while solving criminal acts before a weekend of super kick-ass music?!"

For details and ticket information on this unique event, visit FearFestEvil.com. 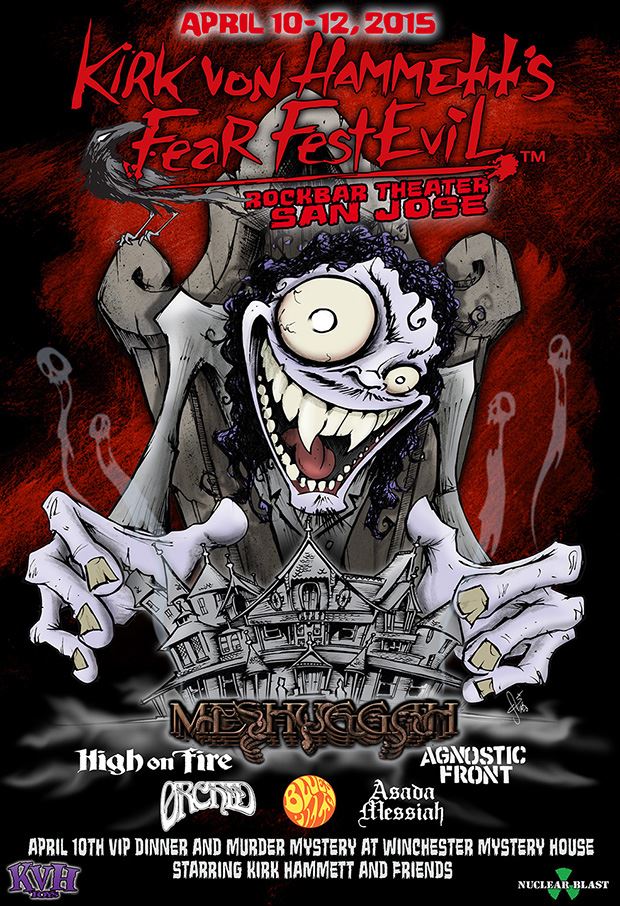