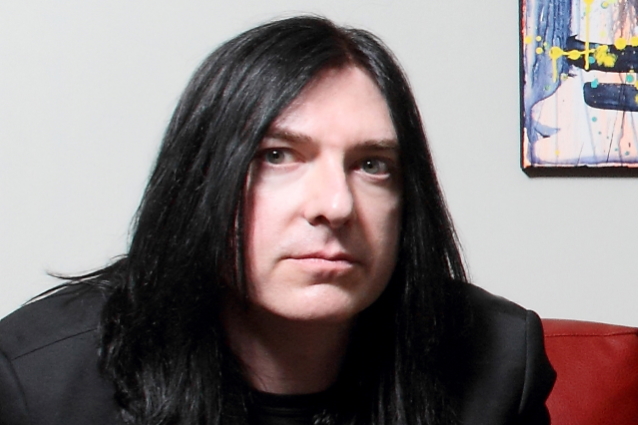 SLASH FEATURING MYLES KENNEDY AND THE CONSPIRATORS drummer Brent Fitz is mourning the death of his childhood friend who was killed yesterday (Friday, December 13) in a car crash.

Allan Poapst, a Royal Canadian Mounted Police (RCMP) officer, died after being involved in a head-on collision when an eastbound pickup truck crossed the center median and collided with the officer's westbound RCMP vehicle in the Canadian province of Manitoba. He was the father of three teenage girls and was five days away from serving 13 years with the RCMP.

This past August, Fitz missed the last six shows of SLASH FEATURING MYLES KENNEDY AND THE CONSPIRATORS' summer 2019 U.S. tour so that he could undergo emergency surgery for a detached retina. Filling in for him was Shane Gaalaas.

"Living The Dream" was released in September 2018 via Slash's own label Snakepit Records, in partnership with Roadrunner Records. The disc is Slash's fourth solo album, and third with Slash and his bandmates Fitz, Myles Kennedy (vocals),Todd Kerns (bass and vocals) and Frank Sidoris (guitar and vocals).

This hurts SO bad. Allan and I spoke yesterday earlier in the day before the tragic accident. Close friends since childhood. #devastated#winnipeg#rcmp#johntaylorcollegiate#stjameshttps://t.co/s6OkdRW8wl