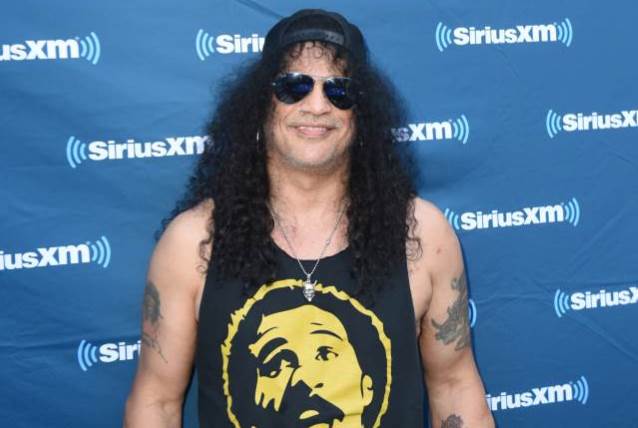 SiriusXM announced that SLASH FEATURING MYLES KENNEDY AND THE CONSPIRATORS will perform for SiriusXM on Tuesday, September 11 at the famed Whisky A Go Go in Los Angeles. The announcement was made on SiriusXM's Volume channel show "Trunk Nation LA Invasion: Live From The Rainbow Bar & Grill". Slash joined Eddie Trunk as the special surprise guest for the show's premiere on Friday, August 3.

The intimate set for SiriusXM listeners will showcase SLASH FEATURING MYLES KENNEDY AND THE CONSPIRATORS performing songs from their upcoming album, "Living The Dream", and their previous works "World On Fire" and "Apocalyptic Love".

The performance will air September 21 at 8:00 p.m. ET on SiriusXM's Octane, via satellite on channel 37 through the SiriusXM app on smartphones and other connected devices, as well as online at SiriusXM.com. The show will also air simultaneously on Howard Stern's Howard 101 channel; Slash is a longtime friend of "The Howard Stern Show" and performed at the Howard Stern birthday bash.

Subscribers will have the opportunity to win tickets to this private SiriusXM performance through an invitation sent by e-mail to qualified subscribers who have consented to e-mail marketing from SiriusXM and who have registered their music interests s at siriusxm.com/perks. Plus subscribers since July 20, 2018 will be able to enter for the chance to win a trip for two to Los Angeles, California, including airfare, hotel stay and a pair of tickets, to the show at Whisky A Go Go.

SiriusXM subscribers are able to listen to Octane (channel 37) on SiriusXM radios, and those with streaming access can listen online, on-the-go with the SiriusXM mobile app and at home on a wide variety of connected devices including smart TVs, Amazon Alexa devices, Apple TV, PlayStation, Roku, Sonos speakers and more. 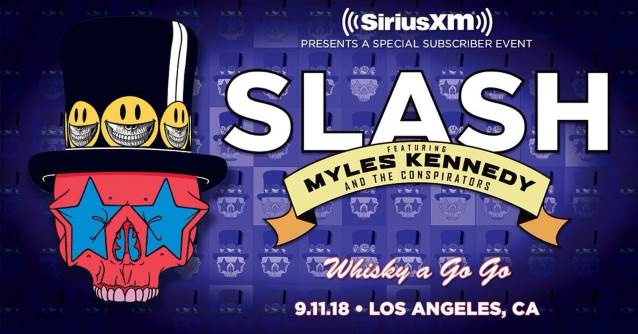