Veteran California thrashers SLAYER have released an officially licensed beer, Slayer 666 Red Ale. The 6.5% ABV beverage is brewed by the Nils Oscar Company in Nyköping, Sweden, which has offered the following description: "A unique craft beer based on five different malts for a strong base, where El Dorado and Mosaic hops add an unmistakable character and identity, giving Slayer 666 Red Ale a perfect balance. Red ale is characterized by a deep copper color, often with a deep reddish hue and a malty sweetness. Most are in balance between malt and hops but Red ales in the American style can have a medium to high bitterness and a big hop aroma."

A number of other bands have previously expanded their brands to include a signature beer. Among the most recent ones is MASTODON, who teamed up with Signature Brew in the U.K. to create Mastodon's Black Tongue, a brew that is an 8.3% double black IPA and was called Signature Brew's "biggest and most powerful creation to date."

IRON MAIDEN famously released its Trooper ale, with its malt flavor and citric notes with a subtle hint of lemon. AC/DC's beer was a German premium lager called Australian Hardrock, which promised to "fire up your tongue like TNT."

MOTÖRHEAD came out with Bastards lager, which was described as "a fruity beer with a wonderful character of light malt."

PEARL JAM's Faithfull Ale, whose release coincided with the 20th anniversary of the band, was a Belgian golden-style brew that came with 10 incremental additions of black currents.

SEPULTURA's signature Weizen beer contained "the aroma and flavors of banana and clove," while MUNICIPAL WASTE's Toxic Revolution was a signature oatmeal stout.

AMON AMARTH offered the honey and smoked malt Ragnarok Porter, while CORROSION OF CONFORMITY came out with Corrosion Of Conformity Imperial Porter, which is aged in a rum barrel while boasting a raisin base. 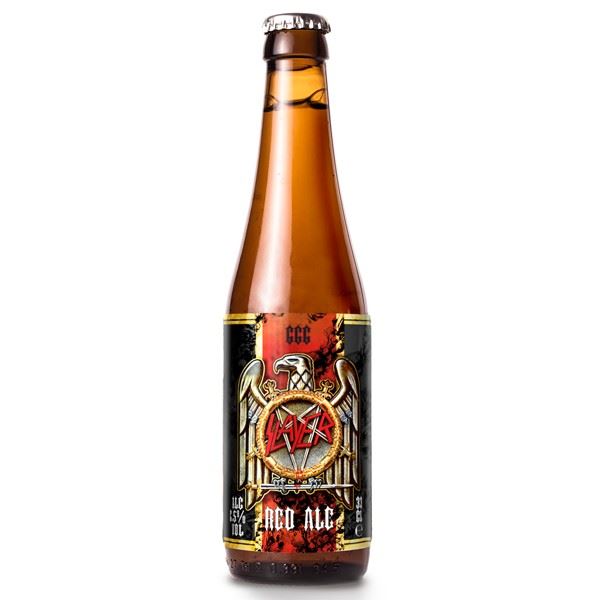