"Slayer: Repentless #1" (of 3) is available for preorder on the Dark Horseweb site.

With its story of a raging road trip down a bloodstained highway, a tale of the doomed and the damned, the "Slayer: Repentless" series is an expansion of SLAYER's "Repentless" videos, written and directed by BJ McDonnell ("Hatchet III").

"It's been my honor to chronicle the bloody road trip that is the SLAYER comic series from Dark Horse/Nuclear Blast," said Schnepp. "Using the band's music and lyrics from their three decades of albums, while crossing over and through the 'Repentless' music videos by BJ McDonnell, I have woven a tale of betrayal, hate, perspective, loyalty, family, and murder that will need to be experienced through the comic books' pages."

The band made an appearance at San Diego Comic-Con 2016, with a subsequent sold-out performance at the House of Blues, in support of the Dark Horse Comics series.

Asked how he got involved with Slayer: Repentless, Schnepp told PREVIEWSworld.com: "A few years back, while I was directing and producing the cult hit Adult Swim animated series 'Metalocalypse' (for which I also designed the DETHKLOK band and edited, storyboarded, and composited most of the first two seasons),I teamed up with Brendon Small to make these DETHKLOK comics published by Dark Horse. Eric Powell ('The Goon') had already done a one-shot crossover, and the team knew what a sweaty comic book nerd I've always been, so the chance to write up stories for DETHKLOK in comic form was a natural fit. I went ahead and plotted out all three books, Small approved them, and then they went off to get scripted by Jeremy Barlow and drawn by Lucas Marangon. The series was a hit: it sold out, was done as a hardcover, and then that sold out! Now it's seriously OOP and impossible to find! Chris Warner, the editor on the Dark Horse series (and a true metalhead),remembered one of my gory stories that I told him about a music video idea I wanted to do for CANNIBAL CORPSE, as well as some other pretty violent stories of serious retribution, and I guess that stuck with him. He contacted me to see if I was interested in going full dark and writing a SLAYER comic, with none of the humor that I added into the DETHKLOK comics, but all of the brutal blood and gory violence."

Regarding what SLAYER means to him as a brand, and how he brought that brand to this comic book, Schnepp said: "SLAYER are the godfathers of thrash metal, and staying true to that in the comic world is very important to me. Their music has always pushed boundaries, fearlessly talking about issues that have plagued all humankind across every culture since the dawn of man. To scrape away at the veneer that covers life's surface and stare into its void — that is what SLAYER has always done. I did my best to go into the darkness with that same fearlessness. I think metal and comics go hand-in-hand, especially in the realms of science fiction, fantasy, and horror. Album covers that open up the mind's eye to other worlds and showcase that creativity are just like comic book covers — a tease and a dare to come along and go on the journey. I feel that both comic book readers and metal music listeners have always operated and embraced that which exists outside of the norm, and in this rebellion found a certain unity to the ideas that are covered in both music and the printed page. This synergy has always been there, and we've seen this symbiotic relationship grow from Heavy Metal magazine to my show 'Metalocalypse', and we have really just begun to scratch the surface."

SLAYER guitarist Kerry King admitted that he has never been much of a comics fan. "I've got a handful from when I was super young and then a handful from the early nineties when I got back into collecting sports stuff, but certainly not a ton of them," he told Rolling Stone. "I love comic-book movies, be it 'X-Men', 'The Avengers', 'Iron Man', 'Thor', since those are always killer." 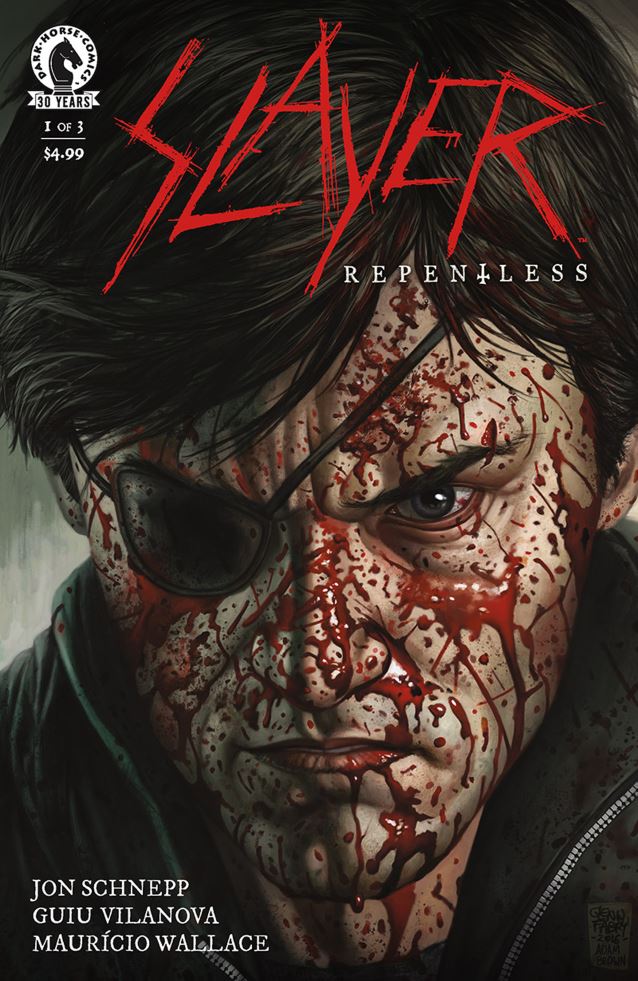 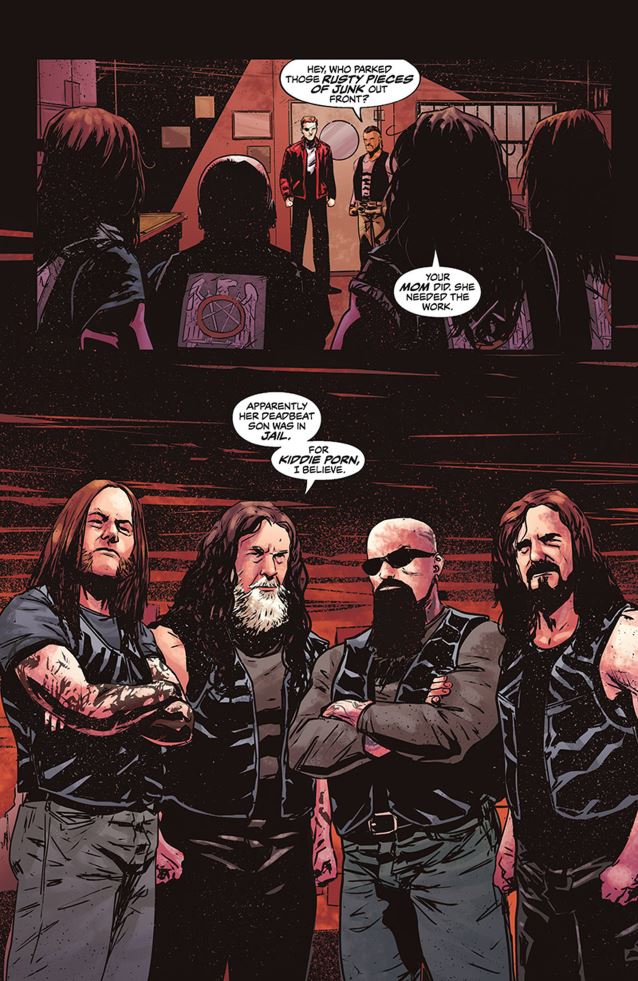