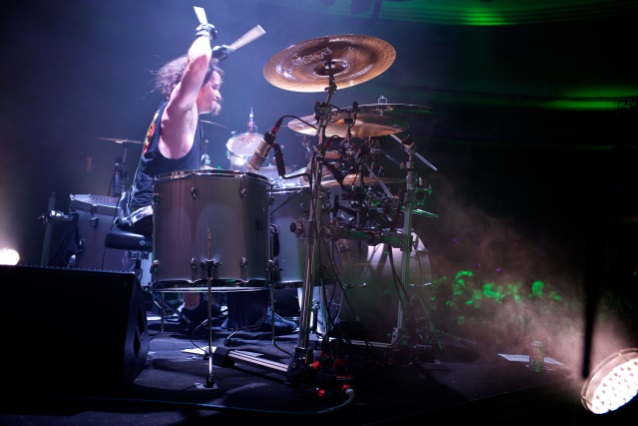 Drum-cam footage of SLAYER drummer Paul Bostaph performing the song "Disciple" during the band's August 8, 2017 concert at Vina Robles Amphitheater in Paso Robles, California can be seen below.

Back in January, SLAYER announced its "final world tour" via a 30-second video. The group also confirmed that the first leg of its last-ever North American run of dates will feature support from LAMB OF GOD, ANTHRAX, BEHEMOTH and TESTAMENT.