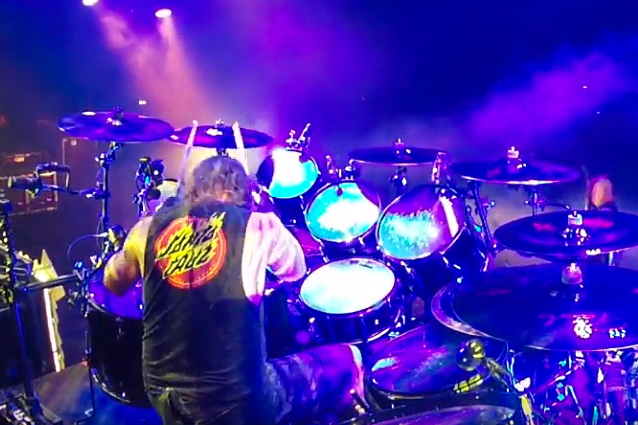 Drum-cam footage of SLAYER drummer Paul Bostaph performing the songs "Postmortem" and "Hate Worldwide" during the band's September 14, 2019 concert at the Riot Fest in Chicago, Illinois can be seen below.

SLAYER played its final concert on November 30, 2019 at the Forum in Los Angeles.

Several years ago, SLAYER guitarist Kerry King told Fuse about Bostaph: "Paul, I mean, he's a machine. I don't worry about him at all. He never would have been out of SLAYER if he didn't quit twice. It was never over anything personal — he was always my friend — so it was very easy for him to come back and be a part again."