Several SLIPKNOT titles will get the jigsaw puzzle treatment next month.

On May 14, Zee Productions will release "Slipknot", "Iowa" and "Vol. 3: (The Subliminal Verses)" as 500-piece jigsaws on its Rock Saws imprint. 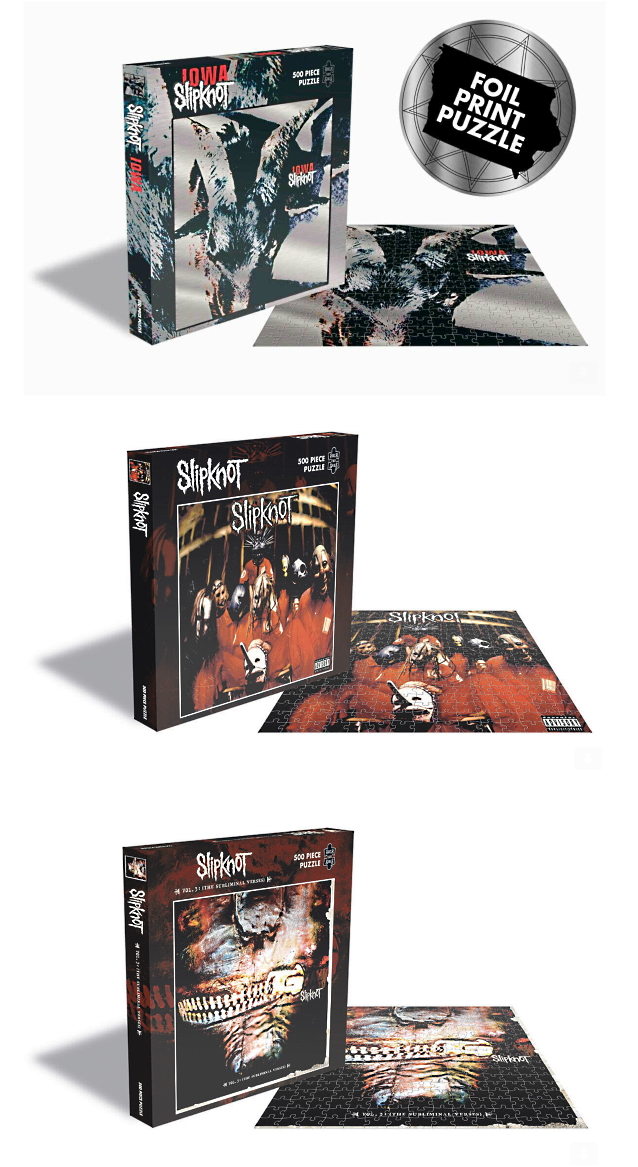