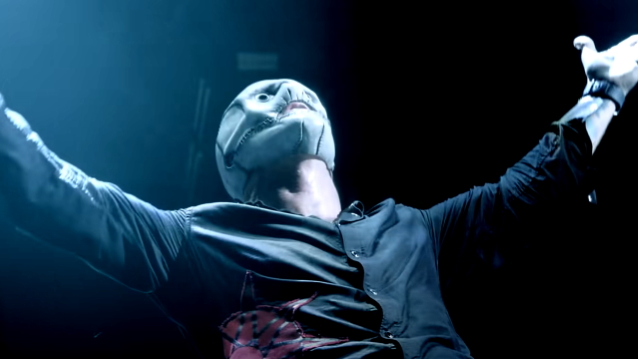 SLIPKNOT's COREY TAYLOR: 'We Refuse To Be Limited By Limited Imaginations'

In a new interview with Kerrang! Radio presenter Loz Guest, SLIPKNOT frontman Corey Taylor was asked what he thinks it is about the band's latest album, "The End, So Far", that has resonated with the SLIPKNOT fans so much. He responded (as transcribed by BLABBERMOUTH.NET): "I think it's because we refuse to repeat ourselves — ever. I mean, there's a similarity [to our previous records], obviously, but we never like to, kind of, go back over the same scorched earth, let's put it that way. We like to challenge ourselves. 'Cause we know if we challenge ourselves, it's gonna challenge the listener, and that's going to help them expand their own horizons when it comes to the music that we're putting out."

He continued: "You can't just expect the audience to get there; you have to lead them. And we keep pushing the boundaries and keep really redrawing the map as far as what SLIPKNOT music means, because it means so many different things to so many people, and that's the good thing. If it just means one thing and you try to expand yourself, you're not gonna get very far. But because we started, from day one, expanding the boundaries and changing the landscape for ourselves and for the listeners, now if you ask a group of people what SLIPKNOT music means, you will get a very varied opinion about that, because it means so many different things to so many people. There's so many great things about this band that so many different people love — from the heaviness of songs like 'The Dying Song' and 'Hivemind' to the atmospheric stuff like 'Adderall' and 'Finale'. We refuse to be limited by limited imaginations. Ours is off the charts, so we're gonna take you with us — kicking and fucking screaming, if need be — and we're just gonna do it our way."

"The End, So Far" has been described by some fans as the most experimental and inventive album of SLIPKNOT's career.

Earlier this month, Taylor told NME's Big Read about the new LP: "Musically, we've never shied away from a challenge. It got to the point where you're, like, 'Where do we go?' [We said] let's look back for inspiration instead of trying to look forward, and let's try to embrace some of the shit that made us wanna do this in the first place."

He continued: "We've always been experimental," commenting that some fans will have "a fucking cystic embolism" when they hear the new record.

"Everybody just assumes that we're heavy all the fucking time. We do have moments of blasts and brilliance, but at the same time, we have songs like [acoustic and string-led 'Vol 3' cut] 'Circle'. We also have songs like 'Snuff' [brooding and clean from fourth album 'All Hope Is Gone']. When people hear [the new album], they go, 'Well, that's a departure.' It's, like, 'What are you, fucking new?' We’ve spent 20-plus years throwing people for a loop."

"The End, So Far" was released on September 30 via Roadrunner Records. The follow-up to 2019's "We Are Not Your Kind", it is the band's final record with Roadrunner after first signing with the rock and metal label in 1998.