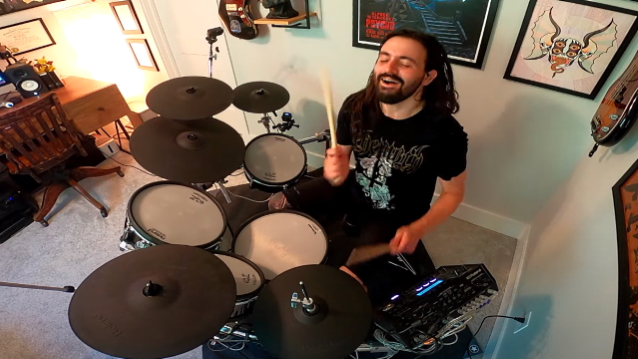 SLIPKNOT drummer Jay Weinberg has recorded his take on the song "Puzzle" by the industrial/punk act YOUTH CODE. Check it out below.

The original track was recorded in partnership with the Isolate/Create platform, a new free resource that provides digital assets to inspire creativity and encourage collaboration amid social distancing and lockdowns in the wake of the COVID-19 pandemic.