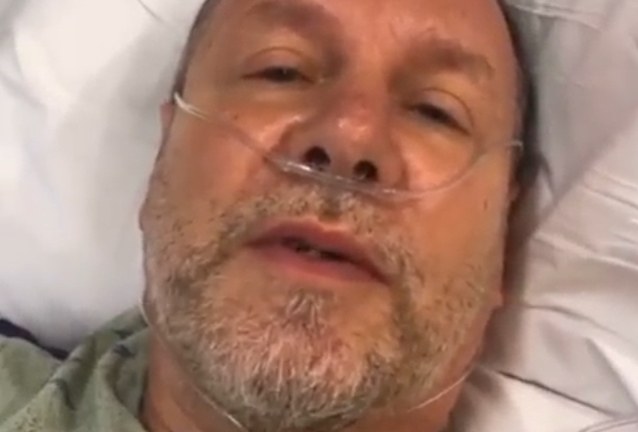 AGNOSTIC FRONT vocalist Roger Miret says that he "should feel better soon" after undergoing another surgery in his battle with cancer.

Earlier this year, Miret was diagnosed with cancer. A long road of tests and diagnoses led to a complex initial surgery and lengthy hospital stay. Even though the original surgery was complicated, the results were extremely positive. The cancer was successfully removed and Roger is now in complete remission and all signs of cancer have disappeared.

On Sunday (October 3),AGNOSTIC FRONT's official Instagram was updated with a new video message from Roger, apparently shot by his wife at a hospital, in which he says in part: "I just had a surgery done, and I'll feel better really, really soon. I should feel better soon 'cause I had an infection. I was running a fever for two weeks straight. So, no need to worry, no one. We're staying positive. And really, I'm so grateful of each and every one of you for just your love and support and everything you've all come together for. It's been heartfelt."