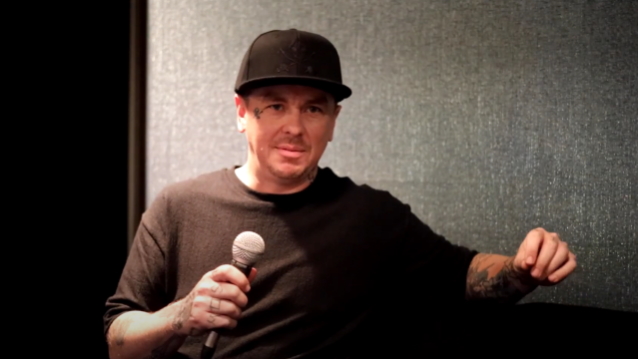 Sidney George Wilson, better known as the mask-wearing turntablist for heavy metal group SLIPKNOT, says that he doesn't mind the media attention he has been receiving after it was revealed that he and Kelly Osbourne, the 37-year-old daughter of Ozzy and Sharon Osbourne, are expecting their first child together. "I don't know. It doesn't bother me at all," Sid told Knotfest at this month's Knotfest Finland festival. "It's just part of my life. I love her to death. It's just the path I'm meant to be on, so there's no awkwardness about anything like that. It's like it was just always happening. [Laughs]"

This past February, Kelly said that she was "deeply in love" with Wilson. For Valentine's Day, Kelly shared several photos on Instagram of her and Wilson, and she captioned the post: "After 23 years of friendship I can't believe where we have ended up! You are my best friend, my soulmate and I am so deeply in love with you Sidney George Wilson."