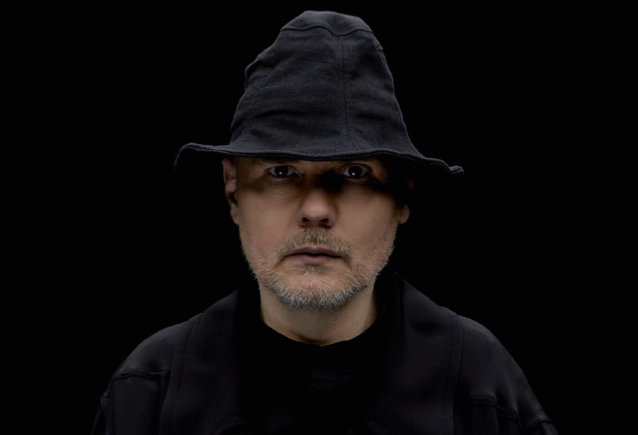 The limited-quantity fundraiser will allow 100 fans to book and receive personalized video messages — priced at $250 per person, or $4,500 for business use — from Corgan and his partner Chloe Mendel for themselves or loved ones. Each of the lucky fans will also receive a surprise holiday gift from the frontman, who will donate 100% of his Cameo earnings to PAWS Chicago, Chicago's largest no-kill animal shelter.

"With supply chains in disarray, Santa needed a little help this year getting special gifts to you… So he reached out to Billy + Chloe, and they came up with an idea for 100 special fans," the Cameo page states.

"For every Cameo purchased, you will also get a mystery prize! One of the gifts may be something special courtesy of Reverend Guitars," the Cameo page adds.

Fans can request Cameos from Corganhere.

When he appeared on the cover of PAWS Chicago magazine in 2014, he was quoted as saying: "In my home, the animals run the show. At best we're equals. But that's the way it should be. They have every right to live and be happy as much as I do."

Corgan credited a prior relationship with a woman who was a big animal rights advocate for opening his eyes to animal welfare. "She gave me a perspective about animal rights issues that made it personal to me," he said. "I started getting involved with Sea Shepherd and started to see I could make a direct impact on those issues. There was something holistic about it for me to the extent that we pay lip service to things like ecology and culture, but you start to realize how you view your animals or how you view your garden or how you view your neighbors is all about what becomes symptomatic about what is wrong or right with your lives."