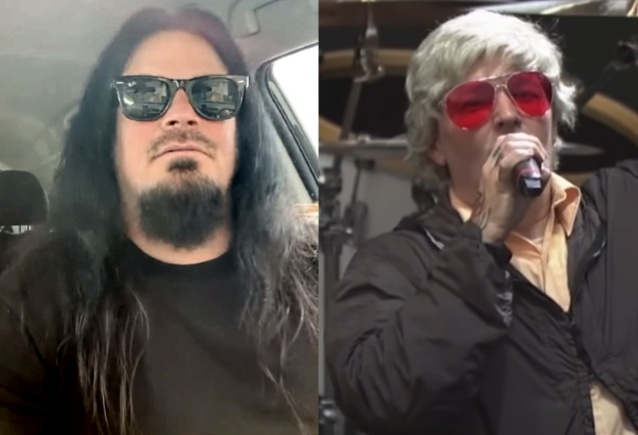 SNOT guitarist Mikey Doling has blasted LIMP BIZKIT for agreeing to take rap artist $NOT out as one of the support acts on its spring 2022 tour.

On Wednesday (March 16),LIMP BIZKIT announced that it will return to the road this April for the month-long "Still Sucks Tour". The AEG Presents trek will kick off in the band's former home state of Florida and will include a stop in New York City at Madison Square Garden (May 13) as well as cross-country shows in Baltimore (May 15) and Las Vegas (May 28) before concluding with a Los Angeles-area date (Ontario on May 31). LIMP BIZKIT will be supported by SCOWL, WARGASM UK, $NOT, DYING WISH and YUNG GRAVY for various shows.

Earlier today, Doling shared a since-deleted video message on his social media in which he called out LIMP BIZKIT frontman Fred Durst — whom he referred to as a "friend" — for seemingly having approved the addition of $NOT to LIMP BIZKIT's upcoming tour.

The 24-year-old $NOT, who was born in New York to Haitian and Dominican parents as Edy Edouard, and lived in the city until age 7, spent most of his life in Lake Worth, Florida, and still resides in the Sunshine State. 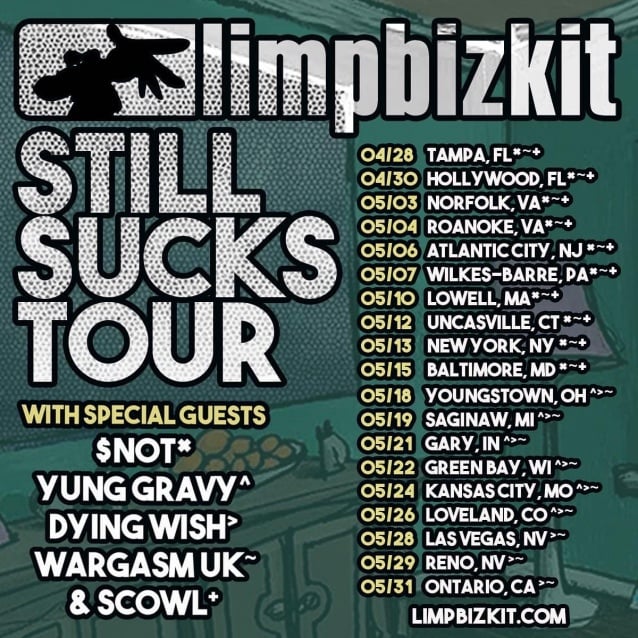