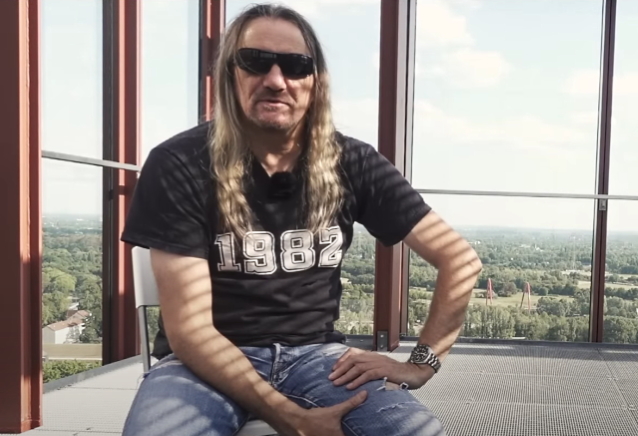 In a new interview with A&P-Reacts, bassist/vocalist Thomas "Angelripper" Such of German thrash metal veterans SODOM spoke about the long-talked-about possibility of a "German Big Four" tour — featuring KREATOR, DESTRUCTION, SODOM and TANKARD — finally becoming a reality. He said (as transcribed by BLABBERMOUTH.NET): "I think if you talk about 'Big Four' [of German thrash metal], SODOM is always number two in this ranking [or] whatever. I think KREATOR, it's completely different; KREATOR is on a different planet. We talk to Mille [Petrozza, KREATOR frontman] sometimes; I talk to Schmier from DESTRUCTION all the time; we're talking about touring or making a couple of shows. I think KREATOR, DESTRUCTION and TANKARD, they've gone [their] own way. And it would be really complicated to book shows or touring with this 'Big Four', because of different record companies, different publishers, booking agencies, whatever. I don't think so.

"Yeah, I think KREATOR [has been] getting more commercial in the last years," Thomas continued. "They're getting bigger live shows. That's what we don't want. We just wanna keep the band on the floor, on the ground. I think the band is important and not the screens that you have on stage or pyrotechnics, whatever. We also play in smaller clubs. I like playing in smaller clubs. I like to be closer to the fans, get more contact to the fans. But we played in Mexico two weeks ago; it was the 'Big Four' [of German thrash metal] — the Mexico Metal Fest. If there is a promoter that wants all the four bands, we go; that is not a problem. But touring, it seems to be getting really hard, to plan this."

Pressed about whether he is still holding out hope that a "German Big Four" tour could happen one day, even if it's just for a limited number of shows, Angelripper said: "[Maybe] a couple of shows around the world. KREATOR is touring, we are touring, DESTRUCTION is touring. Maybe we find a weekend, we can do a bigger show in Germany or America, whatever. I think this package will be good for four or five thousand people, I think… Maybe more. Maybe if you go to America, especially where people are waiting for SODOM all the time, we will sell it out, definitely. And if there's a promoter that wants to book all the four bands, we go. But we also talked to Mille, and I think Mille, he's not really interested — in my opinion — to do this. Schmier is a very good friend of mine, and also Gerre [Andreas Geremia] from TANKARD. We're always talking about this. Somebody has to take it in the hand; somebody has to try to arrange something. And then we go… A promoter [has to say], 'I wanna have the 'Big Four' bands. I wanna have KREATOR, DESTRUCTION, SODOM and TANKARD,' whatever. And we go."

SODOM's 40th-anniversary album, "40 Years At War - The Greatest Hell Of Sodom", arrived on October 28 through Steamhammer/SPV. The LP includes one song from each of the previous studio albums receiving a re-recorded treatment from SODOM's current lineup. The CD and vinyl double LP with their martial cover artwork penned by Eliran Kantor (KREATOR, TESTAMENT, GWAR, among others) contain 17 tracks, all newly recorded by Such, Frank Blackfire (guitar),Yorck Segatz (guitar) and Toni Merkel (drums).

Earlier this month, KREATOR kicked off a short North American tour as the support act for MERCYFUL FATE.

KREATOR's fifteenth studio album, "Hate Über Alles", was released in June. The follow-up to 2017's "Gods Of Violence" was recorded at Hansa Tonstudio in Berlin, Germany. Helming the sessions was Arthur Rizk, who has previously worked with CAVALERA CONSPIRACY, CODE ORANGE, POWER TRIP and SOULFLY, among others.

DESTRUCTION's latest studio album, "Diabolical", was released in April via Napalm Records. It is the band's first album without founding member/guitarist Michael "Mike" Sifringer, who was replaced by Martin Furia in August 2021.

TANKARD's eighteenth studio album, "Pavlov's Dawgs", was released late last month on Reaper Entertainment. The effort, which was recorded and produced at Gernhard Studio Troisdorf together with producer Martin Buchwalter, is available on CD, vinyl in various color variants, limited earbook with previously unreleased pictures from the last forty years of TANKARD, and as a limited box set which includes two demos on cassette. 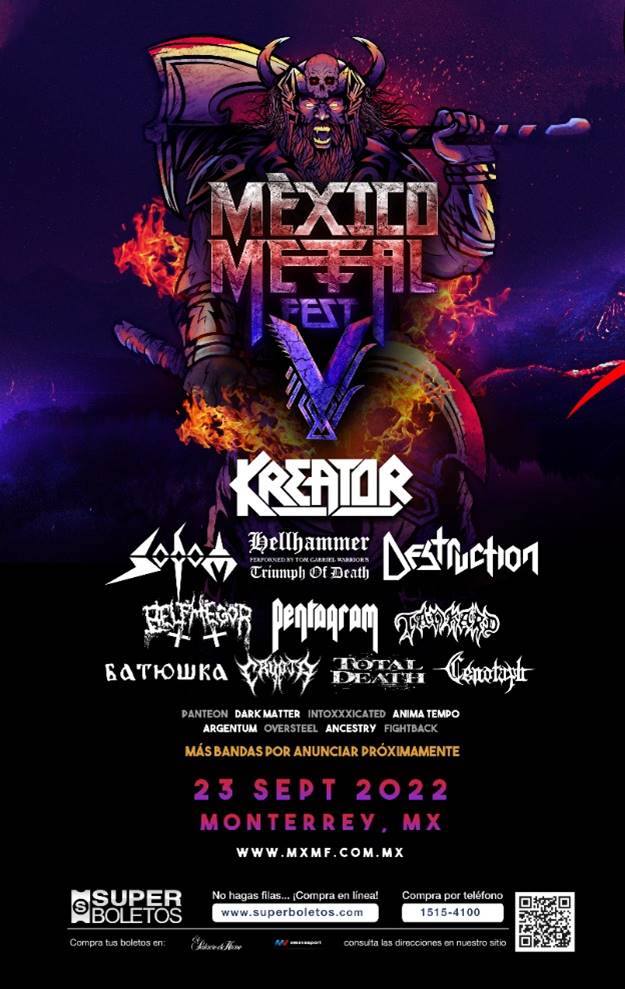