SOILWORK has released one of the two brand new songs that are featured on "Death Resonance". The lyric video for "Helsinki", created by well-known videographer Tommy Antonini, can be seen below.

Commented SOILWORK guitarist David Andersson: "Death. It's a word that might be used too often, but it can still be interpreted in a myriad different ways. It's not just the soma being deprived of its life-force; it's also the end of infinity, the birth of new possibilities and the acceptance of inevitable change. This song was written soon after the recording of our live album in Finland, making new friends and making sure that the old ones stay with us forever, despite the fact that everything is finite."

SOILWORK singer Björn 'Speed' Strid said: "The cover for 'Death Resonance' is made by Mircea Eftemie and in many ways he has managed to capture what we went through while recording 'The Ride Majestic': the sorrow, the close encounter with death, the aftermath and also the existential cogitation that came with it. It links those albums together, even though 'Death Resonance' contains unreleased material from 2005 onwards. The cover almost seems like a link between life and death and not only captures where the band is right now, but also where we've been and what lies ahead."

The band's drummer, Dirk Verbeuren, is currently touring with MEGADETH while Chris Adler is busy on the road with LAMB OF GOD.

While Verbeuren is playing with MEGADETH, his seat in SOILWORK is being occupied by Bastian Thusgaard of THE ARCANE ORDER.

Joining SOILWORK on tour in support of "The Ride Majestic" is new bassist Markus Wibom, formerly of Helsingborg hardcore group HEARTS ALIVE. Wibom replaced longtime bandmember Ola Flink, who amicably left the group to focus on other endeavors. Wibom had been a personal friend of the band for many years and previously toured with SOILWORK as a guitar tech and lighting designer. 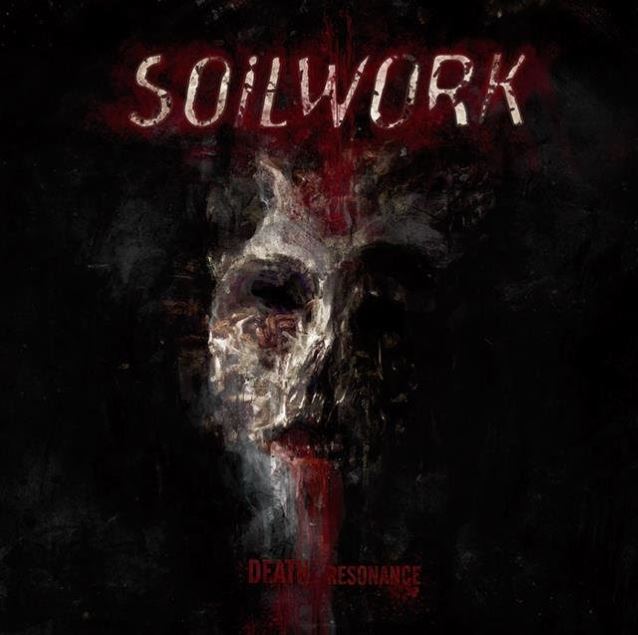