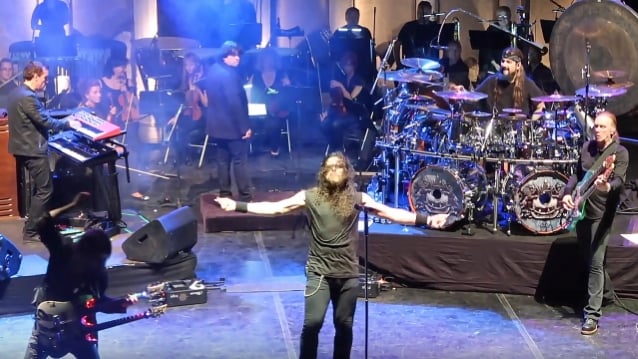 During the show, in which the band played all of the material from its 2017 debut album "Psychotic Symphony" and a number of notable covers, the group performed two sets separated by an intermission — one "regular" set, and another that featured an orchestra and choir.

SONS OF APOLLO's Plovdiv concert fell one year to the day that Devin Townsend — who, like SONS OF APOLLO, is managed by Andy Farrow of Northern Music — performed with an orchestra at the same venue to commemorate the 20th anniversary of his landmark album "Ocean Machine". OPETH and PARADISE LOST, two other clients of Farrow's, have also performed orchestra-accompanied shows there the past, as have ASIA and APOCALYPTICA.

According to Wikipedia, the Roman theatre of Plovdiv — the second-largest city in Bulgaria — is one of the world's best-preserved ancient theatres. Constructed in the 1st Century, the venue has a capacity of between 5,000 and 7,000.

Soto recently told Midlands Metalheads Radio that SONS OF APOLLO will record its second album in 2019, but that it likely won't be released until the following year due to the busy schedules of the group's members. "I presume if the album is done even by summertime next year, it's probably not going to see the light of day until early 2020 just so we can actually once again commit the entire year to touring it out, and giving the album cycle the promotion it deserves," he said.

SONS OF APOLLO will wrap up their current European tour in support of "Psychotic Symphony", which was released last October via InsideOut Music, on October 20 in Cologne, Germany. 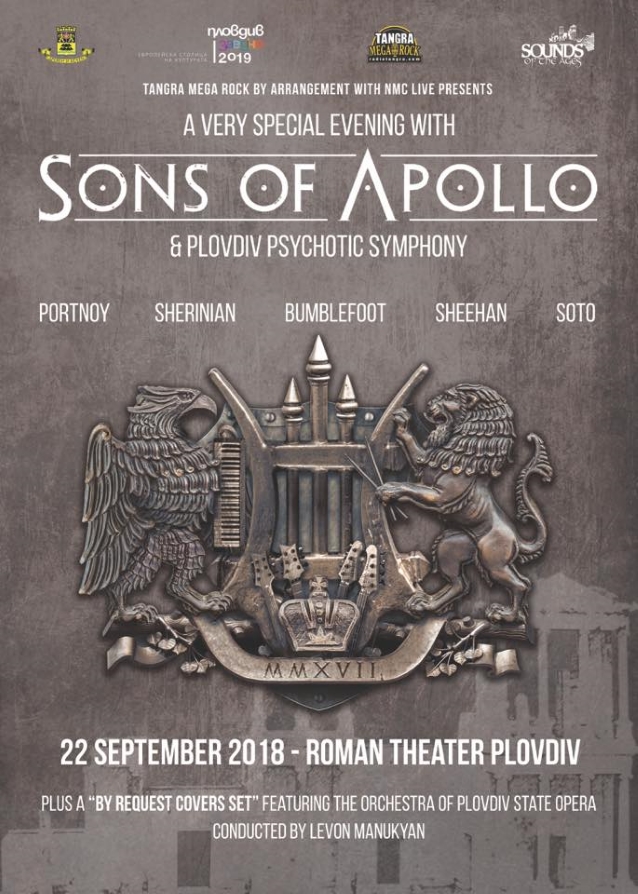