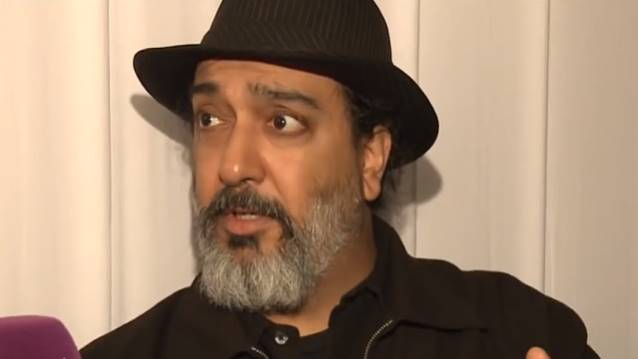 Greg Prato of Songfacts recently conducted an interview with guitarist Kim Thayil of reunited grunge legends SOUNDGARDEN. A couple of excerpts from the chat follow below.

Songfacts: How exactly do you approach songwriting?

Kim Thayil: It varies from song to song. We've written songs in so many different ways, with different combinations of the four of us. Sometimes everybody would partner collectively, or maybe two or three guys, or complete authorship where one guy writes everything. Since everyone in the band writes on guitar, being the lead guitarist I have to learn to play guitar in the style of our drummer, who writes songs on guitar, and our bass player who writes his songs on guitar, and our singer/guitarist who writes songs on guitar. So it's safe to say they start with the riff. They start with a guitar riff and we work the vocals around it. Chris [Cornell, vocals/guitar], at least on a few occasions, started with a vocal melody and built the song around the vocal melody, but that's unusual and even great vocal songsmiths don't do that. Maybe some piano guys do that where they build the chords around the vocal melody, but Paul Simon, for instance, starts with a song riff. THE BEATLES — Lennon, McCartney — those guys probably started the music in a riff and then built the lyric around it.

Songfacts: How does the band decide who gets the songwriting credits?

Kim: That varies from band to band. If you're a fan and you read a songwriting credit, it may mean one thing for METALLICA and something different for SOUNDGARDEN; one thing for NIRVANA and something entirely different for SMOKEY ROBINSON AND THE MIRACLES. Every band does it differently. With us, because Chris was our original drummer and Matt's [Cameron] a drummer, we've got two drummers in the band, and they tend to do it linearly in terms of time. If you're a guitarist or singer, you think of song construction as being vertical, as well. You build songs on top of riffs. As a drummer, you think very linearly from A to B and you think about the sequence of those parts: who wrote the introduction and the A part, the verse, and then the chorus. We give emphasis to the person who brought the head in — who brought in the riff. That's Kim's guitar riff, so this is his song, or this is Chris's guitar riff, it's his song. But someone else wrote a chorus, so he's part of the songwriting. But it's all linear. Now, if you write a bass line that's doing some oompah tuba part, then you write a guitar line over it that's doing something different and kind of constructing chords or a melody over that, the way we would handle it — and I don't necessarily agree with it, it's just the way we've done things — we would look at the oompah bass part as what constitutes that segment of time that we call a chorus or a verse. And regardless if a melody is written over that part, which is distinct, the band, being drummer-oriented, would say that that melody is bound by that musical idea in that section that occupies the time starting at point A and ending at point B, and then you go on to the verse. See what I'm saying? As opposed to vertically, where you build instruments and musical parts over other musical parts. There are many bands that credit songwriting that way, but the way we do it is linearly and I think that's probably because the idea of drumming and time and seeing songs progress, it's that way.

Songfacts: Some songs list the music by you and the lyrics by Chris. How exactly does that work?

Kim Thayil: Well, generally, I'm going to have the musical ideas and we'll jam on it and play it. And Chris may say, "Oh, I have lyrics for that," or he may record it or learn how to play it and then work on it and come up with a vocal melody for it. In the early days, he may have had lyrics already laying around that he'd written. He'd say, "Hey, the meter of this lyric might fit with that group." And he'd try it out and see if it worked.