SPLATTERED MERMAIDS, the Swedish death/grind band featuring members of DERANGED and VISCERAL BLEEDING, will enter the studio in January to record 2-3 new tracks and reworked versions of two old tunes for a split CD with FEKALIZATOR. The group says, "The new songs are fast and will have some really groovy breakdowns. We're really happy with the new stuff and can't wait to hear the result!"

SPLATTERED MERMAIDS is working on its first-ever DVD. The disc will include live footage, studio/tour material as well as "other goodies." According to the band, "There is so much material that it could easily fill 10 DVDs but that will not happen, it will be one or two discs filled with the best live stuff and the funniest tour/studio/backstage memories... to be released in 2009!!" 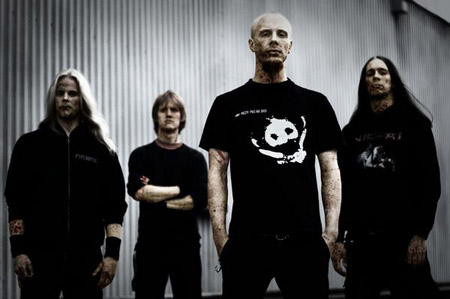