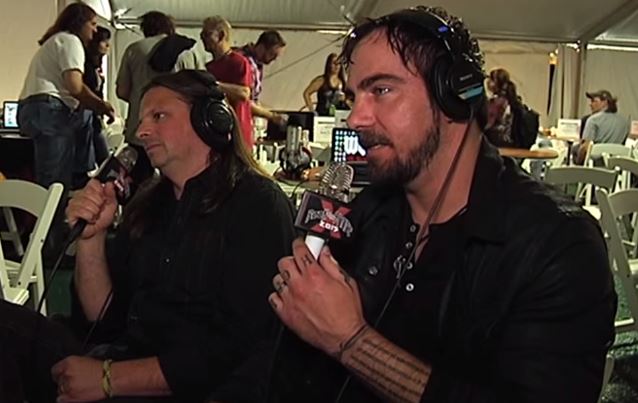 Nic and Big J of the Boise, Idaho radio station 100.3 The X Rocks conducted an interview with SAINT ASONIA frontman Adam Gontier (formerly of THREE DAYS GRACE) and guitarist Mike Mushok (also of STAIND) at this year's Rock On The Range, which is being held May 15-17 at MAPFRE Stadium (formerly Crew Stadium) in Columbus. You can now watch the chat below.

Speaking about the formation of SAINT ASONIA, which also features ex-FINGER ELEVEN drummer Rich Beddoe and journeyman bassist Corey Lowery, Adam said: "Basically, when I left my old band, Mike was one of the first guys to reach out and say, 'Hey.' Mike's always writing music and that sort of thing, and I just basically asked if he wanted to get together and do some writing, and so we did. And we didn't really have the intention of necessarily creating a band or making a record or anything like that; it was just to get together and just creatively make some music. It turned out the writing process went really well — we wrote fifteen songs — and we made a record and here are we. We've got a band."

Mushok also spoke about SAINT ASONIA's forthcoming debut album, which is tentatively due this summer. He said: "I'm super proud of the way the record came out. I think it definitely exceeded what we were trying to accomplish; we definitely did it. I mean, the record kind of runs the gamut — there's some pretty heavy stuff, and there's a couple of songs on there that are just beautiful songs."

SAINT ASONIA's CD was helmed by acclaimed rock producer Johnny K, who has previously worked with DISTURBED, MEGADETH, STAIND and SEVENDUST, among others. A single, "Better Place", has just been released digitally via Spotify and iTunes.

Commenting on the "supergroup" tag that has been tossed around with regards to SAINT ASONIA, Gontier said: "Truth is we're more like refugees that just really hit it off creatively." Mushok added: "I was looking for a project to do while STAIND is on hiatus and the opportunity to work with Adam on writing and recording new music was something I just couldn't pass up." 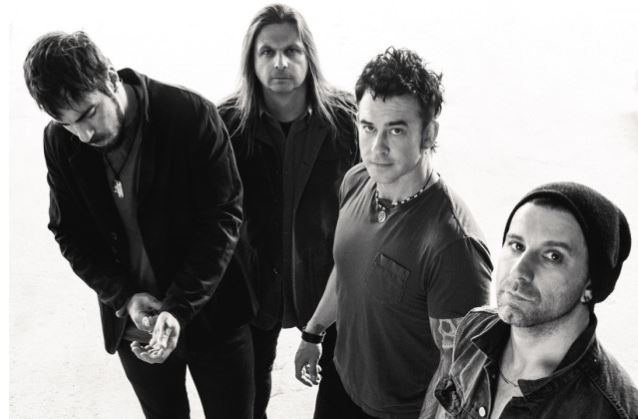 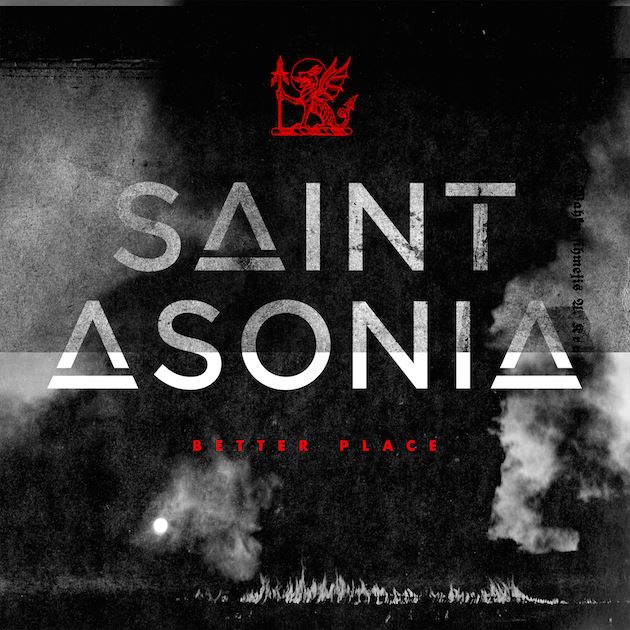