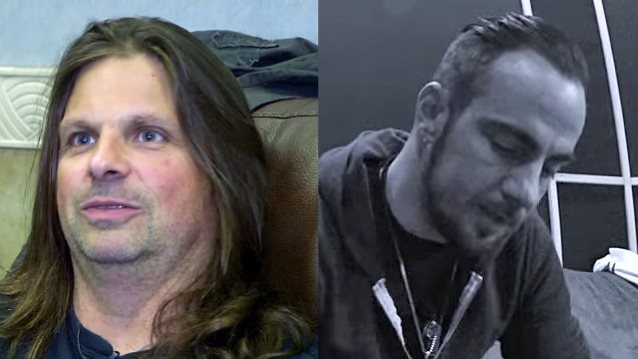 According to The Pulse Of Radio, SAINT ASONIA is the name of a new rock "supergroup" led by former THREE DAYS GRACE frontman Adam Gontier, with the rest of the group reportedly consisting of STAIND guitarist Mike Mushok, ex-FINGER ELEVEN drummer Rich Beddoe and journeyman bassist Corey Lowery. While that lineup has not been officially confirmed, a 38-second teaser video clearly shows clips of Gontier, Mushok and possibly Beddoe and Lowery.

The teaser video states that "the combined forces behind the group have amassed 25 Top 10 rock singles and 17 Number One hit songs."

The clip also hints at something arriving on May 16, with a debut single likely.