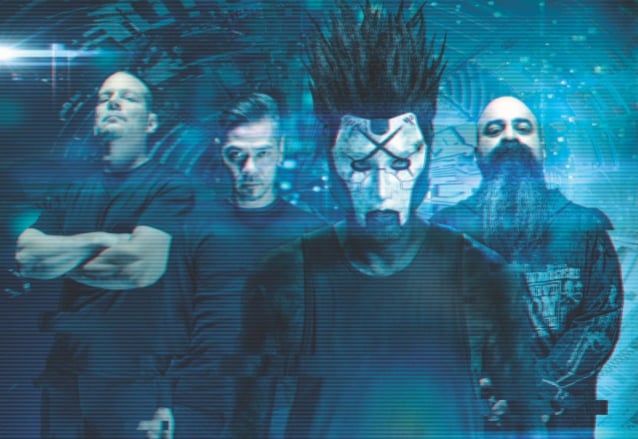 STATIC-X has postponed its "Rise Of The Machine" North American tour featuring FEAR FACTORY, DOPE, MUSHROOMHEAD and TWIZTID. The trek, produced by Live Nation, is being rescheduled due to the current increase in the spread of COVID-19 and its continued effect on travel restrictions, public health, and fan safety. The 42-date trek will now kick off February 25, 2023, in San Francisco, California and wrap up April 15, 2023 in Los Angeles, California. Due to overwhelming demand, four new markets have been added to the tour and the Portland, Oregon date has been upgraded to Roseland. Fans can expect the same incredible package and night of music as previously announced. All previously sold tickets and meet-and-greets will be honored. More information can be found at Static-X.com.

STATIC-X said in a statement: "On the surface, we are incredibly disappointed to share this news with our fans. However, considering how infrequently STATIC-X, FEAR FACTORY and DOPE have each toured over the last 10 years, we felt that the priority was to ensure that ALL of these 20th anniversary shows are ultimately able to play.

"With all of the uncertainty around travel restrictions, the extreme rise in current cases, as well as the quarantine mandates for those who test positive, we believe that attempting to play these dates in the coming weeks would likely result in a number of last-minute cancelations and lead to a much greater level of disappointment.

"The good news is that we were able to keep the entire touring lineup intact. STATIC-X, FEAR FACTORY, DOPE, MUSHROOMHEAD and TWIZTID will each perform in their previously scheduled cities, and due to the excitement around the tour and exceptional ticket sales, we also added four additional cities to the tour.

"Further, we highly value having an up-close-and-personal meet-and-greet experience with our fans. We take extreme joy in shaking hands, giving hugs, taking photos, and we look forward to doing all of this without having to socially distance, wear masks etc. We are certain that by pushing things back, these experiences will be significantly more enjoyable and memorable for all of us.

"In addition, STATIC-X, FEAR FACTORY and DOPE are all scheduled to complete new albums in 2022, which will lead to each band having brand new music to share with the fans, as we lead into these newly rescheduled tour dates.

"As we stated previously, we are so excited to finally get back out on the road and hang out with you all. We plan to play most of the songs off of both 'Machine' and 'Wisconsin Death Trip', as well a number of nice surprises that are being incorporated into the set list. We appreciate our friends in FEAR FACTORY, DOPE, MUSHROOMHEAD and TWIZTED making themselves available to share in all of this nostalgic insanity next year. We can't wait to celebrate all of the good times that we had with Wayne and to share it live and loud with all of our fans night after night."

The 20th-anniversary release of "Machine" — scheduled for February 18, 2022 — features newly remastered audio by Ulrich Wild and includes all 12 tracks from the original release, as well as three new bonus tracks: "Wisconsin Death Trip (Live 2019 Regeneration Featuring Wayne Static)" , "Sweat Of The Bud (Live 2019 Xer0)" and "I'm With Stupid (Live 2019 Regeneration Featuring Wayne Static)". Originally released in 2001, "Machine" would ultimately turn out to be the last album recorded by the four original members of STATIC-X. All of the lead vocals and guitars on "Machine" were performed by Wayne Static, while bass, backing vocals, drums, and programming contributions came from founding members Tony Campos, Ken Jay and Koichi Fukuda. The limited-edition release will have packaging featuring fully reimagined artwork and will be available in multiple configurations, including multiple color vinyl sequenced on two discs, with an etching of the STATIC-X Shock symbol on side D. 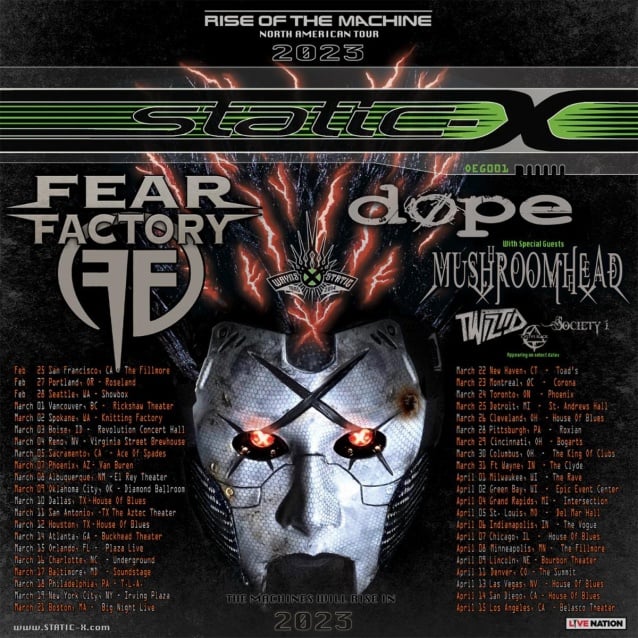