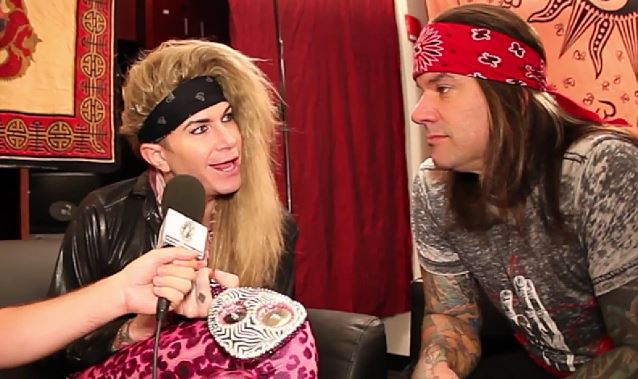 Asked to weigh in on Gene's comments, Lexxi told Jo Schüftan of Horns Up Rocks! (see video below): "How can you say that? I mean, I know — out of his mouth. But… That bums me out, because look at what we've done. And I think that it's really cool that we're bringing heavy metal… when I say 'back,' I mean, there was a period of time when it went away, right? And it's, like, everybody wants to still rock, 'cause we're, like, doing really, really, really bigger shows, bringing heavy metal back. So I think it's proof that people want metal."

Added Stix: "I agree with you, Lexxi. It's testament to what's going on. We're right here at Barclays Center [in Brooklyn, New York]. We're with JUDAS PRIEST. We're playing a kick-ass rock and roll show. It ain't dead. You just need to know where to look for it. And all you've gotta do is look right down into Brooklyn, and you can see that tonight rock and roll is very much alive."