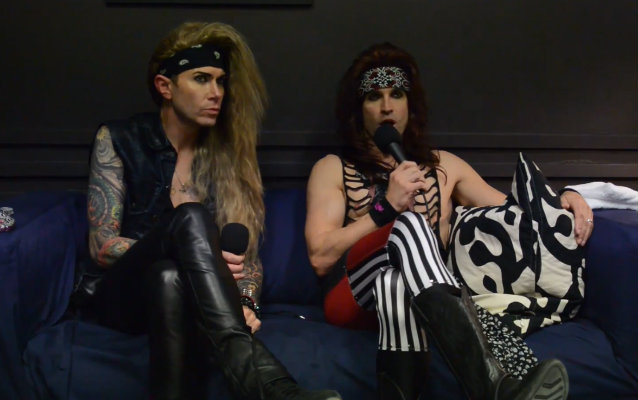 STEEL PANTHER: Part One Of THE AU REVIEW Interview (Video)

Australia's The AU Review recently conducted an interview with guitarist Satchel and bassist Lexxi Foxx of Los Angeles glam-metal jokesters STEEL PANTHER. You can now watch the first part of the chat below.

"Party Like Tomorrow Is The End Of The World" video: