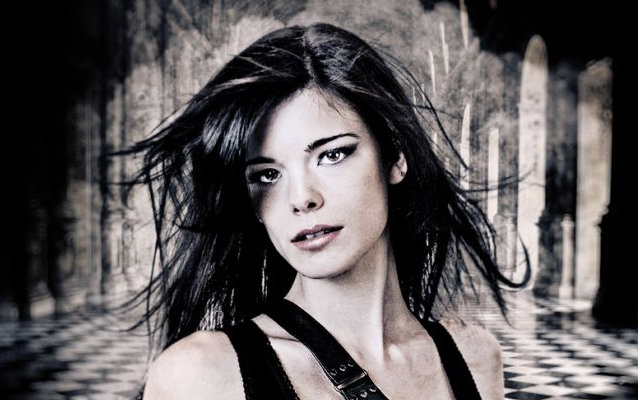 "I am now free to say that it is with great pleasure that I can officially announce that I am joining VISIONS OF ATLANTIS' history and universe.

"The band got in touch with me as they are willing to make a new start by going back to their musical origins and I am delighted to take part of this journey, offering me this unique chance to use my voice in a way I have never done within a band before.

"When I started to take classic singing lessons ten years ago, I discovered symphonic metal with female vocals on and I realized this was exactly the style of music I wanted to explore and to evolve in.

"VISIONS OF ATLANTIS wants to go back to the style of their two first releases, which will enable me to show other aspects of my voice and personality.

"I couldn't resist the call to realize such an old dream of mine to sing like this and to offer it to those of you who still love this genre!

"Shall the SERENITY fans not worry; I absolutely do not drop the band! But I have to say that I am very happy to join a band I've been following for years and which, no matter what came to happen, always managed to stand as a reference in the symphonic metal scene for over a decade.

"Since SERENITY and VISIONS OF ATLANTIS are good friends, it also makes me happy to tighten the links between these two Austrian bands.

"I am honored to join the raw of singers I got to meet and became close friends with: Melissa Ferlaak and especially Maxi Nil — thank you, girl, for your invaluable support and outstandingly pure friendship.

"I am deeply moved by the trust I'm being shown once again.

"To the band's fans, I hope you share my excitement about this new adventure and I wish to meet you on the road soon!"