BRITISH LION, the side project of IRON MAIDEN bassist and founder Steve Harris, has announced a U.K. headlining tour for November/December 2021.

Support act for the tour is AIRFORCE, except for Dover where it will be WICKED STONE. There will be no support in London.

Tickets are on sale now and available from www.britishlionuk.com. There is no online facility to purchase tickets for the show in Hornchurch, so these will be available for purchase at the venue from Saturday, October 23.

BRITISH LION said: "BRITISH LION would like to thank their agent for the exceptional work in putting together this tour at such short notice and are delighted that they will be able to play some shows this year." 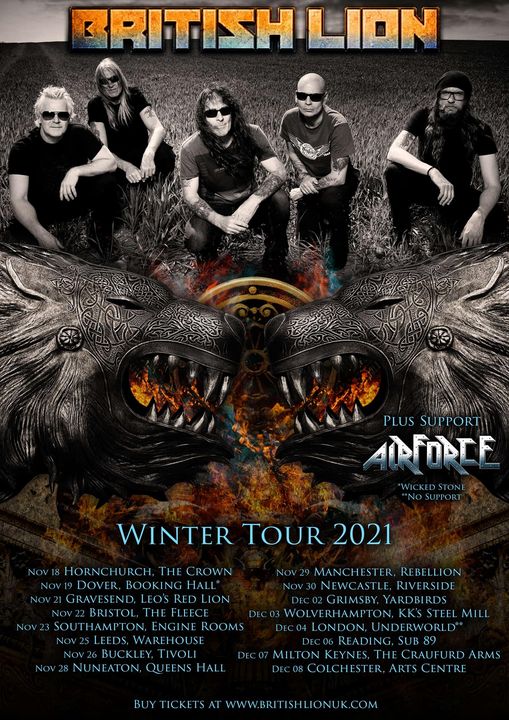