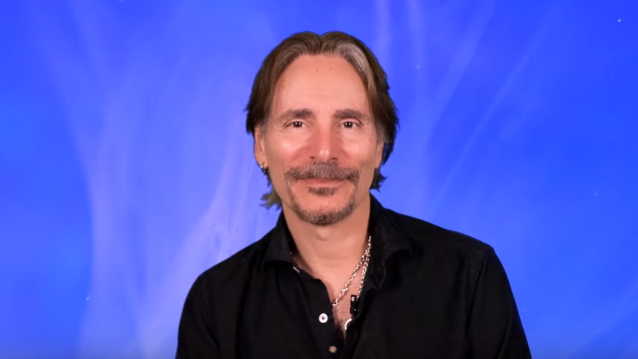 Vai's 10th studio album — his first in six years — will feature nine songs, including the previously released "Knappsack" and "Candle Power". Vai wrote and recorded "Knappsack" with just one hand at a time when he was recovering from trigger finger surgery while "Candle Power" saw him demonstrating a new technique he's been developing that he calls "joint shifting". He previously described "joint shifting" as "where you bend a note while fretting another, but I wanted to do this technique with a combination of double and triple stop single note bends while fretting other notes and releasing bends."

Vai previously announced a 54-date U.S. tour, also dubbed "Inviolate". The trek will kick off one day before the album's release – on January 27 — in Las Vegas and will conclude on April 4 in Los Angeles. He will be accompanied by his longtime backing band consisting of guitarist David Weiner, bassist Philip Bynoe and drummer Jeremy Colson.

The now-61-year-old guitarist spoke about "joint shifting" in an interview with Music Radar in 2019. At the time, he said of the new record: "I'm working on it right now. It's different, sounding very stripped-down and trio-based.

"For the past two years, in my mind's eye, I've found the best way to improve is to imagine myself doing something beyond my capabilities. That's how everything has been coming out, like this joint shifting. I just imagine something I can't do and then I work on it. I've found it keeps things fresh and interesting."

He continued: "I've started having visions about playing in new ways… it's not like they're fast. I'm 59; keeping up those chops isn't as interesting to me. It's all about the bizarre and quirky ways to phrase, moving all around the neck.

"It takes months and months to develop through undisturbed and focused time. And then you have this new vantage point… that's what makes it so rewarding."