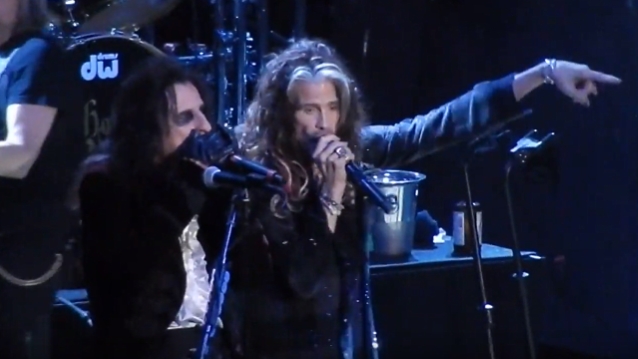 Manson came on for a cover of Cooper's own "I'm Eighteen", while Tyler sang lead on Tiny Bradshaw's "The Train Kept A-Rollin'".

Unlike HOLLYWOOD VAMPIRES' 2015 debut record, the band's upcoming sophomore LP, "Rise", produced by guitarist Tommy Henriksen and the rest of the band, consists mainly of original material written by the musicians. However, in the spirit of the VAMPIRES' original mission, there are three covers of songs originally written and recorded by some fellow rockers who died far too young: an intimate and intense version of David Bowie's "Heroes", beautifully performed by Depp; Jim Carroll's "People Who Died"; and Johnny Thunders's "You Can't Put Your Arms Around A Memory", sung by Perry.

Cooper told the the LA Weekly that fans should expect a really different second album from HOLLYWOOD VAMPIRES when "Rise" arrives on June 21.

"Johnny and Joe wrote together, while I was out with Glen Sobel who also plays in my band," Cooper said. "Then we'd bring it together. It really feels like a real band now. Everyone is busy doing their own thing but then we come together and it's very natural. It was fun to sing somebody else's angst. Johnny's had a rough year, so a lot of his lyrics have been about that." 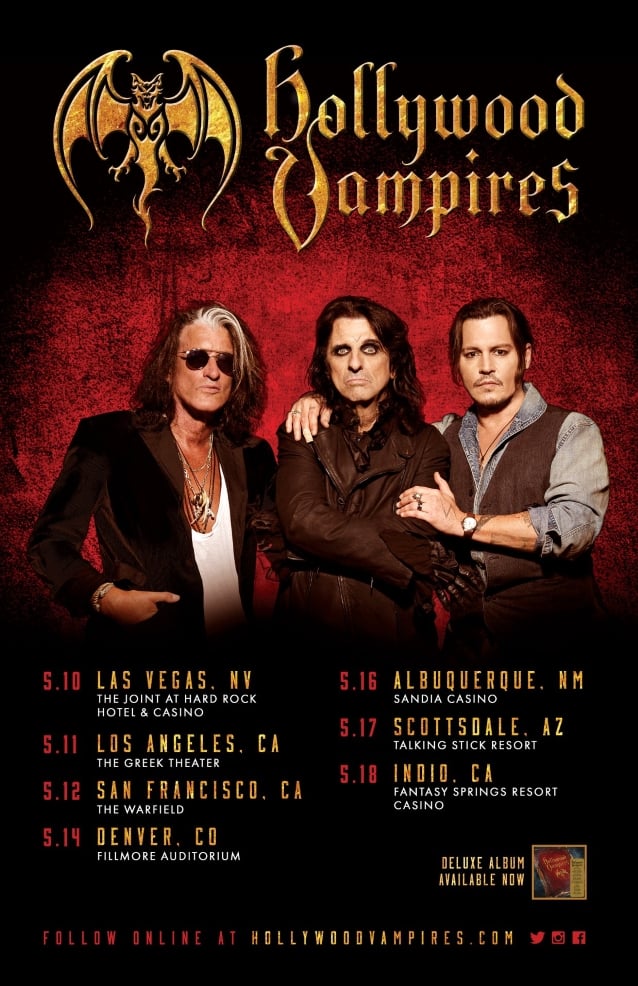