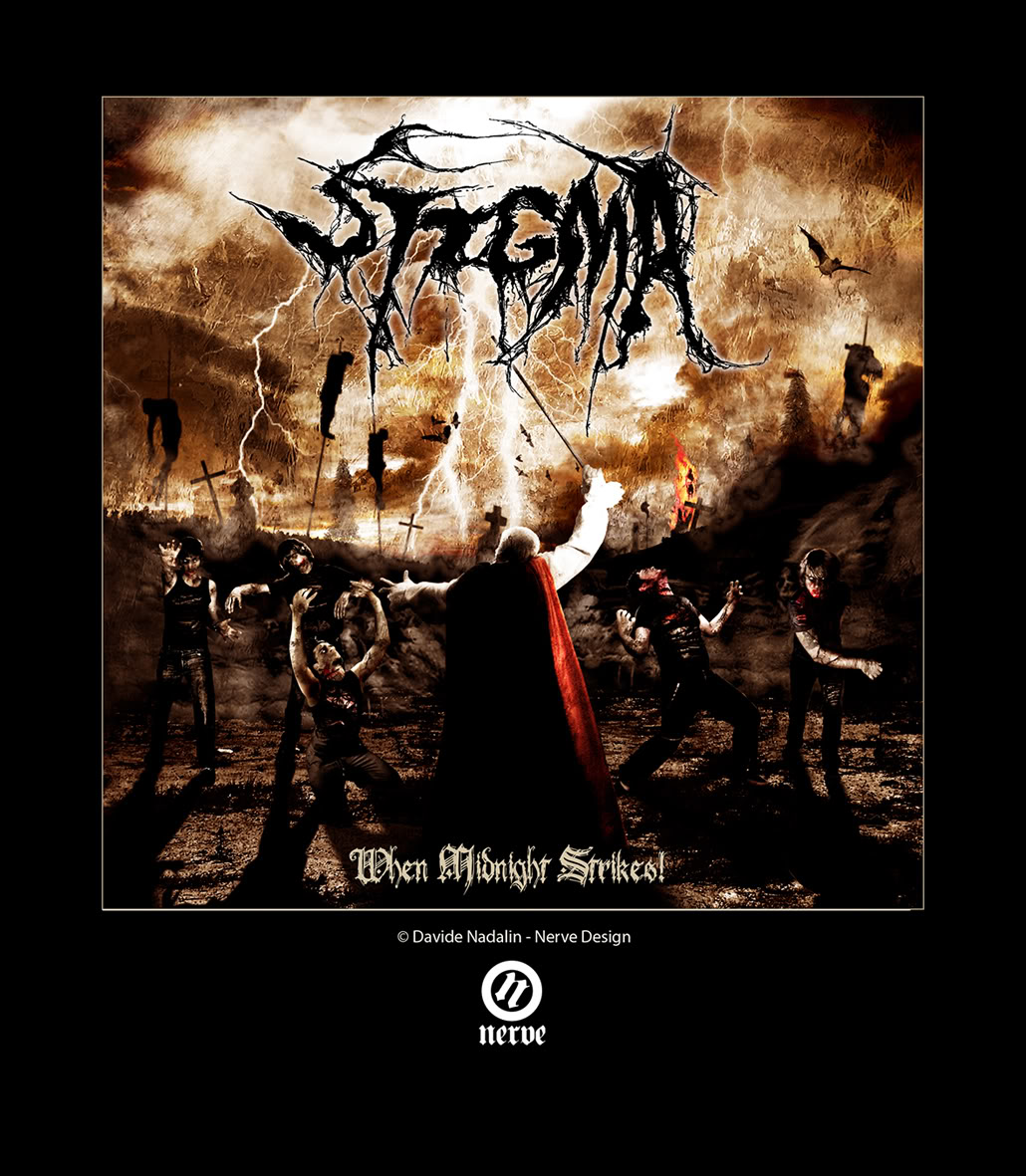 Italian deathcore act STIGMA has completed the recording process for its debut album, "When Midnight Strikes!", due in the spring through Pivotal Rockordings. The CD was recorded at Db Studios with producer Ettore Rigotti (DISARMONIA MUNDI) and was mixed and mastered by Alessandro Vanara (DISARMONIA MUNDI, SLOWMOTION APOCALYPSE). The cover artwork, which was created by Davide Nadalin, who has previously worked with NILE, THRESHOLD and THE DUSKFALL, can be seen here.

Commented vocalist Vlad: "We're thrilled about the final result! We knew Ettore is an outstanding producer, but we never thought we could reach this level at only the first album! We've recorded everything at its best, using only killer stuff and added all the melodies, solos, atmospheres, insane breakdowns and horrific parts we dreamed about during the songwriting! 'When Midnight Strikes!' is truly an amazing debut, and we really can't wait to offer you the chance to listen to it!"

"When Midnight Strikes!" features guest appearances from Tim Zlinsky (THE CLASSIC STRUGGLE),Alberto Zannier (SLOWMOTION APOCALYPSE),Ivan Odorico (SLOWMOTION APOCALYPSE),and Mike Lunacy (DARK LUNACY). Due to his departure from HATESPHERE, Jacob Bredahl was unable to participate in the recordings. A video for the first single, "I Am Dracula", was filmed by WhereCloudsPart and features a cameo appearance from Belgian breakdancer Metal Girl. A teaser for the clip can be viewed below.

01. Walpurghis Night
02. I Am Dracula
03. Silver Bullets And Burning Crosses
04. To Be Really Dead… That Must Be Glorious
05. Flesh Ritual
06. Beneath The Crown Of Eternal Light
07. Blood, Your Precious Blood!
08. A Call For Vengeance
09. Walking The Fields Of Apocalypse
10. Sons Of Midnight
11. Epitaph Of Pain (remixed bonus track)
12. Mirthless Soul (remixed Japanese bonus track)