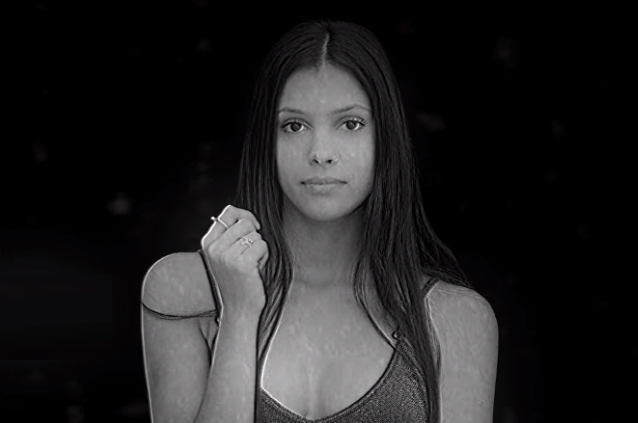 A teaser for Nisha Star's cover version of "Alone", originally written and recorded by SUICIDAL TENDENCIES and released in 1990 on the album, "Lights, Camera, Revolution", is available below. The full video will be released in June.

This more acoustic, moody version was produced by SUICIDAL TENDENCIES singer Mike Muir, along with Paul Northfield, whose credits include RUSH, OZZY OSBOURNE, MARILYN MANSON, HOLE and DREAM THEATER, among others.

"Alone" is the first introduction to the Australian/East Asian singer Star, who is now recording with Muir.

Nisha got her visa in the end of December 2019 and then came to America to work on her album. In February, Nisha joined the LIMP BIZKIT tour in Russia, performing two of her own songs with members of LIMP BIZKIT. She also sang a new INFECTIOUS GROOVES song live with the band at their first performance in many years, headlining a festival in São Paulo, Brazil. Nisha also performed with her Brazilian band at the festival.

Nisha is finishing up her debut album, "Rock N Roll Pill (Uppers And Downers)". This will include one side with high-energy jams to get your body moving and the other with more acoustic, moody tracks to move your mind.