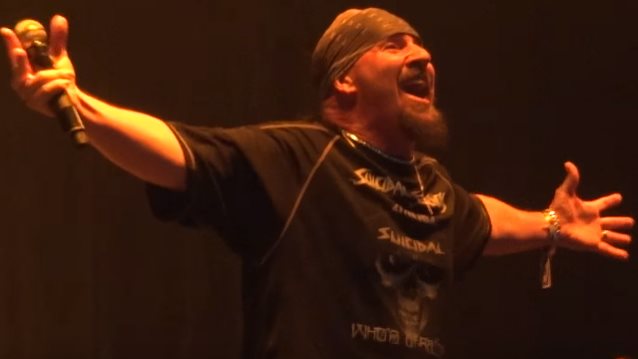 Venice, California crossover thrash/hardcore punk legends SUICIDAL TENDENCIES have set "The World Gone Mad" as the title of their new album, due on September 30. The follow-up to 2013's "13" disc will be the band's first to feature former SLAYER drummer Dave Lombardo and guitarist Jeff Pogan, who replaced Nico Santora last month.