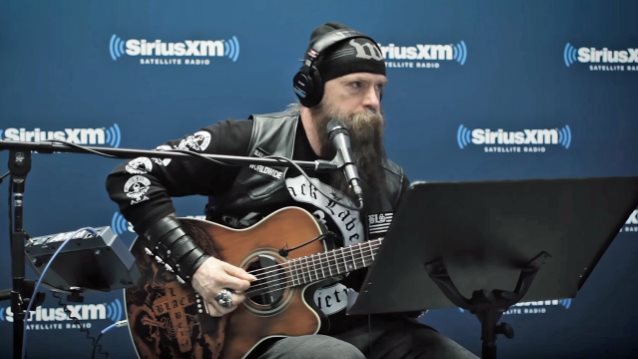 BLACK LABEL SOCIETY frontman Zakk Wylde recently performed acoustic versions of BLACK SABBATH's "N.I.B." and his original song "Sleeping Dogs" in the studios of SiriusXM's Octane. You can now watch video footage of his appearance below.

Wylde has announced new U.S. and Canadian tour dates in continued support of his new LP, "Book Of Shadows II". Wylde will hit over 40 cities spread out across the U.S. and Canada this summer including a performance at Heavy Montreal festival in Montreal on August 7, a first for him as a solo artist.