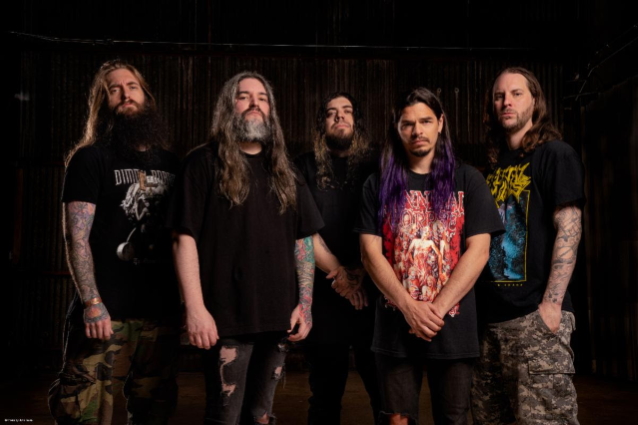 California deathcore act SUICIDE SILENCE has released a new song, "Thinking In Tongues". The song is currently available on all digital platforms and the video clip, which was directed by Vicente Cordero for Industrialism Films, will premiere today at 7 p.m. CET / 1 p.m. ET / 10 a.m. PT.

SUICIDE SILENCE comments: "This song derives from the chaotic feeling of losing one's mind. Feeling like you're choking on every breath you take until you eventually break. Debilitating confusion sets in and your mind begins 'Thinking In Tongues', essentially processing thoughts that not even you yourself can understand. In a sense, this song evokes the ultimate sense of helplessness."

In a statement, Alex said: "So I'll make this as short as possible. SUICIDE SILENCE and myself have parted ways. I'll always love them and their families and everything we accomplished together during my time. I wish SS the best. With that said, I'm excited to continue making music and art, and plan to be involved with any projects I find fulfilling. I'd be truly grateful if you continued to follow and support what I do next, It's not over for me by a long shot. Love and thank you to all my fans, friends and supporters, the next chapter begins".