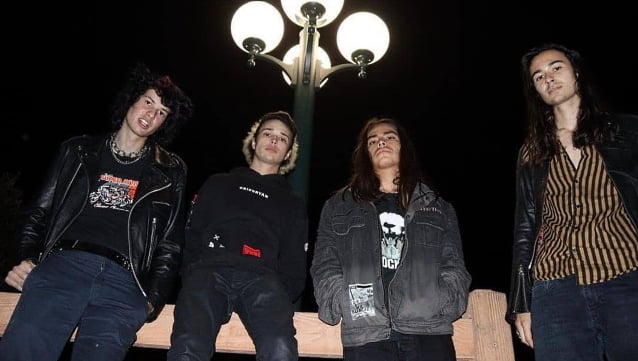 The group wrote on Instagram: "SUSPECT208. Singer Wanted. Requirements: Age 18 to 24, Must live in LA. To submit your audition: DM us your cover of 'Black Dog' by LED ZEPPELIN. List 3 musical influences."

A few hours later, SUSPECT208 issued the following statement: "As many of you know, we let our singer, Noah, go. We were really close to him and it is the last thing we would've ever wanted to do, but it had to be done for his safety, as well as the longevity of the band. This decision was made by the band because it was the last thing we could do to keep going.

"Noah was not writing lyrics or lifting his weight in the band for two months before we let him go. He was heading down a dark path of drug use that got in the way of our friendship as well as the band. Lastly, there were many instances of blow-ups over very small issues we'd confront him with. We wish him the best, and we deeply care about him. However, we did as much as we could to help him. Thank you to those who stick with us on this journey, we are very grateful."