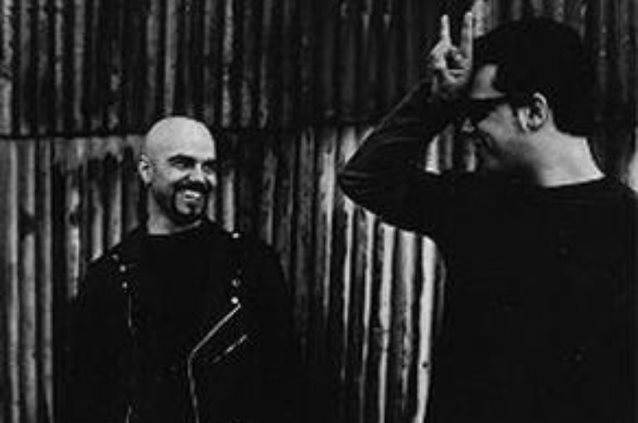 Sixteen years after the release of its critically acclaimed third album, "Your Vision Was Never Mine to Share", Swedish industrial band MISERY LOVES CO. has re-emerged with new music and plans to hit the festival circuit. Singer Patrik Wirén explains that and Örjan Örnkloo, with whom Patrik formed the band in 1992, actually started working together again soon after the split.

"Already in 2005 we got back to doing what we always did, which is writing the music we love," Patrik says. "The difference this time was that we did it at a really slow pace and never let anyone listen."

So far, MISERY LOVES CO. has confirmed one festival appearance — Brutal Assault in the Czech Republic in August alongside such acts as MINISTRY and SATYRICON — with more dates to follow.

"I want the world to hear the new songs and can't wait to play the old ones again for all the beautiful friends of MISERY," Patrik says. "There is no strategy, no big corporate machine. It is just us really wanting to do the MISERY thing again. Hopefully there are a few people out there who will support us, although I know it has been a long time."

Joining Patrik and Örjan in MISERY LOVES CO.'s touring lineup will be Michael Hahne, the guitar player who can be heard on "Your Vision Was Never Mine To Share". "So far [Michael] has not been involved in the songwriting, but his energy and enthusiasm means the world to us and he has a big part in everything concerning the band," Patrik explains. "I am really glad he is with us on this adventure."

MISERY LOVES CO. released its self-titled debut in 1995 (a year earlier in Scandinavia) and soon became one of Europe's most talked-about up-and-coming metal bands. Tours and shows in both Europe and the U.S. followed with such acts as SLAYER, MACHINE HEAD, DEFTONES and PARADISE LOST. MISERY LOVES CO.'s second release, "Not Like Them", earned the band a Grammis nomination (Swedish Grammy equivalent) in the "Best Hard Rock/Metal" category in 1998.

MISERY LOVES CO. has not yet revealed any details about how it plans to make its new music available to the masses.