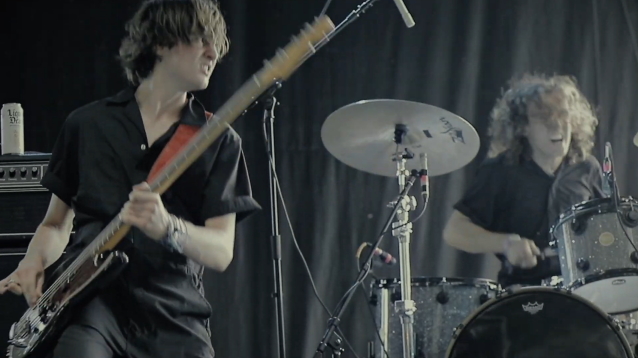 TAIPEI HOUSTON, the new band featuring Myles and Layne Ulrich, sons of METALLICA drummer Lars Ulrich, has shared a video recap of its July 29 performance at the Lollapalooza festival in Chicago. Check it out below.

TAIPEI HOUSTON is set to play Reading and Leeds festivals this summer, in addition to their own headlining shows throughout the U.S. before the year is out.