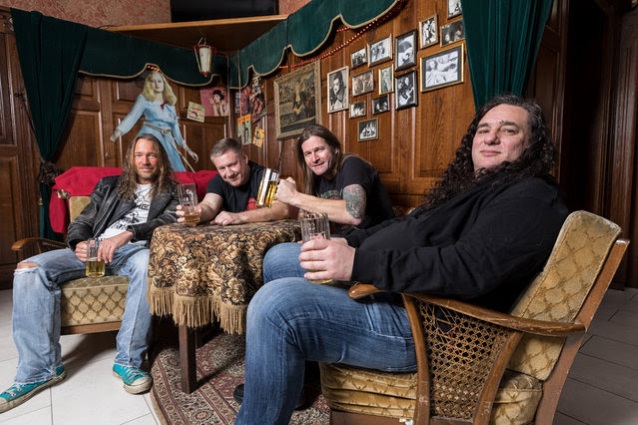 German cult thrashers TANKARD have signed a new contract with Nuclear Blast. The band experienced its second wind after signing its first deal with the Swabian label back in 2012. The union saw the albums "A Girl Called Cerveza", "R.I.B." and "One Foot In The Grave" becoming some of the most successful albums in band history. The latter even gave the band the highest ranking in the German charts at No. 26.

Commented TANKARD vocalist Andreas "Gerre" Geremia: "One thing is clear: the best band in the world must of course be at the best label… Seriously though, we are thrilled to continue the successful collaboration with Nuclear Blast, knowing that we are in good hands and will continue to give everything to the next 36 years of TANKARD! Cheers! "

Flori of Nuclear Blast added: "Of course we are happy that the last album 'One Foot In The Grave' was not meant literally and that the band would like to release more albums… This does, however, mean that we have to stock up on beer again! We also look forward to the next 36 years of TANKARD! Cheers!"

A new TANKARD album is planned for 2020.