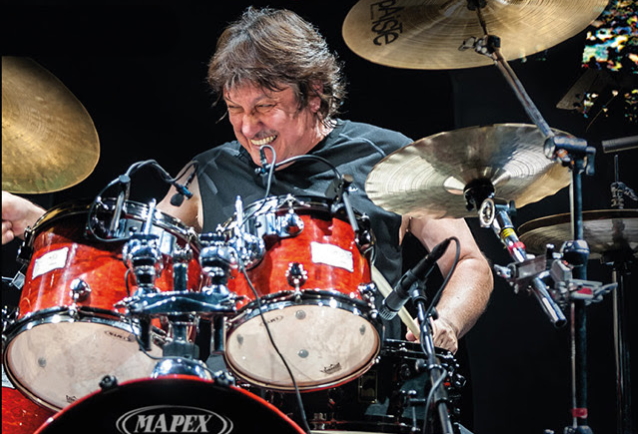 TEN YEARS AFTER is often considered one of the top and trailblazing blues rock acts of all-time — particularly due to a simply show-stopping performance at the first-ever Woodstock festival in 1969. And from the beginning, the drummer that has kept the beat has been Ric Lee, who recently put pen to paper and wrote his autobiography, "From Headstocks To Woodstock".

"It was something I'd always wanted to do and I actually started it more than 10 years ago, but kept stopping and starting for various reasons," explains Lee. "Then a chance conversation with a friend in Los Angeles persuaded me to get it finished." Comprised of 448 pages, the book is available for purchase directly via Lee's web site, ricleetya.com.

And while the book touches upon all eras of his career, there are certain parts that stand out as favorites for the drummer. "My early days in bands in the Mansfield (my hometown) area, my stories about meeting people like Sir David Frost, Muhammad Ali, THE WHO, LED ZEPPELIN, Miles Davis and many others, and, of course, playing at Woodstock."

As a result, fans will get a better understanding of TEN YEAR AFTER's contribution to rock music in an era when TYA's peers included some of the most renowned names of the classic rock genre. "Hopefully, it'll also be an inspiration to any aspiring young musicians to keep going against all adversity to finally win through," Lee says. "And they'll also need a little luck plus, importantly, the ability to recognize a potential direction that may lead to success."

It turns out that by releasing "From Headstocks To Woodstock", Lee has been bitten by the book bug. "I've started the second volume of my autobiography," he says. "Whether I'll ever get it finished is anybody's guess but I aim to keep going. I also have a novel on the back burner."

And that's not all concerning upcoming projects. TEN YEARS AFTER is planning a new bluesy album to be recorded for release later this year to follow on from the U.S. release in March this year by Deko Entertainment of "A Sting In The Tale" deluxe version." Tours of Europe and the USA, certainly for 2022 and hopefully, depending on the COVID-19 situation and the changes that are bound to follow the pandemic, to maybe tour both continents in summer and autumn of 2021. 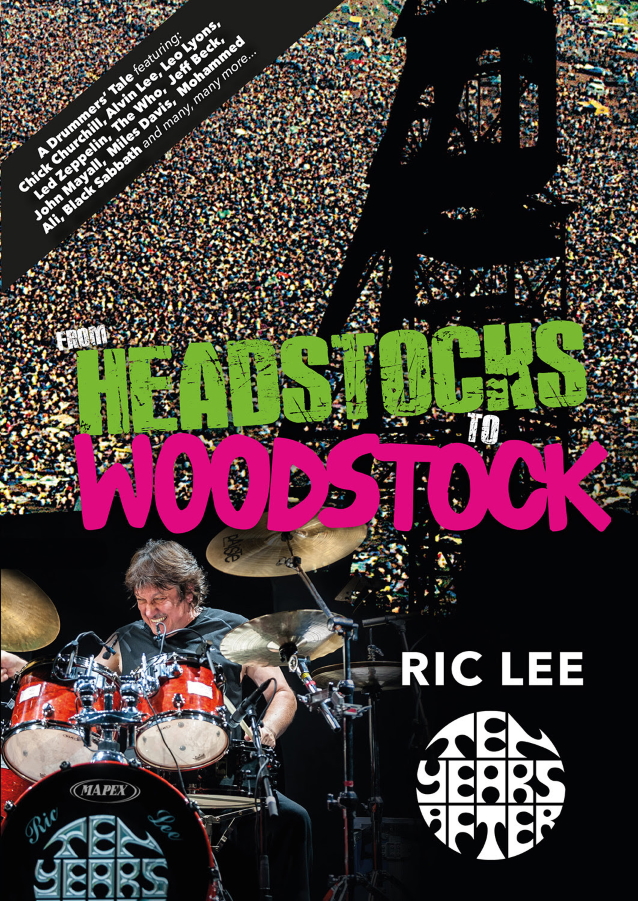 Find more on Ten years after