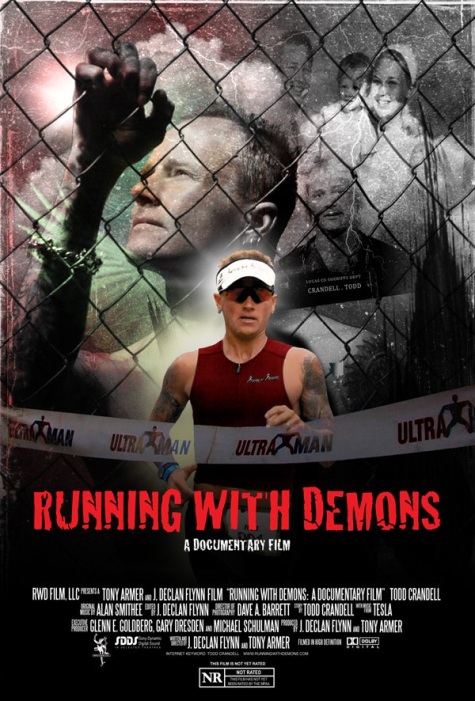 A six-and-a-half-minute video clip in which TESLA guitarist Dave Rude talks about writing and recording the score for the documentary "Running With Demons" can be seen below.

"Running With Demons" is the story of Todd Crandell: a man who for thirteen years of his young life, battled through severe alcohol and drug addictions, precipitated by the loss of his mother to suicide.

Destitute and homeless, Todd began a new journey taking him across the globe competing in the extremes of all endurance races: the 2001 Ironman in New Zealand. But unbeknownst to Todd, crossing the finish line would become more symbolic than just finishing a race. It would change his life, and the lives of others.

Fast forward eighteen years, Todd competes in extreme endurance events all over the world, promoting his not-for-profit foundation Racing For Recovery, utilizing the Ironman and now the Ultraman: a grueling three-day, 318.6 mile triathlon, to spread his message of hope.

In July 2009, Todd competed in his second Ultraman set in the rustic backcountry of Penticton, British Columbia: the Ultraman Canada. It was there over the course of three brutal days, suffering through record summer temperatures, that Todd revealed yet another life-changing struggle: whether to quit Racing For Recovery to save his relationship with his family, or continue saving lives through his foundation; a parallel so resembling Todd's days of becoming sober.

While the ONLY film crew permitted such unprecedented access in the 25-year history of the Ultraman, the film crew follows Todd along every brutal mile, Todd shares a unique and stark glimpse into the life of an ex-addict who's battling with yet another addiction: saving people's lives, and the cost endured to him and his family, while continuing to face the demons from his past that continue to haunt him.