Guitarist Dave Rude of the California rockers TESLA will be interviewed by Chris Nelson on next weekend's edition of "Hair Metal Haven" on Rock 247 Online. The show will be broadcast between 16.00 and 18.00 GMT on Saturday, September 6.

To listen to the program via the Internet, click here.

The new TESLA single entitled "I Wanna Live" is available for streaming on the band's MySpace page. The track comes off the group's seventh studio album, "Forever More", which is set for release October 7 on Tesla Electric Company Recordings (in partnership with Ryko Distribution).

For "Forever More", TESLA reunited with producer Terry Thomas, who was behind the boards for the band's 1994 gold-certified "Bust A Nut" album, and engineered by Michael Rosen who worked with TESLA on "Into The Now".

The band's world tour will kick off October 1 in Salt Lake City with more dates announced in the coming weeks.

TESLA's DVD, "Comin' Atcha Live! 2008" was released July 15. It's the band's first DVD in 17 years (since 1991's "Five Man Video Band") and is filled with over two hours of live music, special behind-the-scenes footage, their fans, backstage, on stage and loose on the streets of Seattle.

In addition, TESLA's first double-disc collection of 32 of their best tracks and collectibles, "Gold", will be available on August 26 on Geffen/Universal Music Enterprises, ranging from 1986 through 2007 and including their chart hits "Signs", "Love Song", and "The Way It Is". 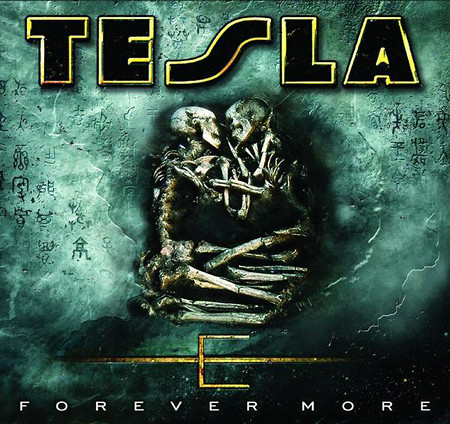