Veteran San Francisco Bay Area metallers TESTAMENT will launch a massive North American tour next April in support of their latest album, "Brotherhood Of The Snake". Support on the trek will come from Brazilian/American thrashers SEPULTURA and genre-defying stalwarts PRONG.

"After four successful tours through Europe over the last six months, we are looking forward to touring across North America," comments TESTAMENT vocalist Chuck Billy. "We'll have a new headlining set list with tracks from 'Brotherhood Of The Snake', and how cool is it that we will be sharing the stage with our brothers in metal SEPULTURA and PRONG?! See ya' in the PIT!"

A special BLABBERMOUTH.NET presale will begin on Wednesday, December 7 at 10:00 a.m. EST and end on Thursday, December 8 at 10:00 p.m. EST. When prompted, type in the presale code "THEPIT" to access tickets before the general public.

"Brotherhood Of The Snake" was released on October 28 via Nuclear Blast. The cover was once again created by renowned artist Eliran Kantor, who also handled the art for the TESTAMENT's last album, 2012's "Dark Roots Of Earth", and also worked with bands like HATEBREED, SOULFLY and KATAKLYSM in the past.

SEPULTURA will release its new studio album, "Machine Messiah", on January 13 via Nuclear Blast. Inspired by the robotization of our society, the disc was produced by the band and Jens Bogren (SOILWORK, OPETH, KATATONIA, AMON AMARTH) of Fascination Street Studios in Örebro, Sweden. The CD's stunning cover artwork was created by Filipino artist Camille Della Rosa.

PRONG's latest album, "X - No Absolutes", was released on February 5 through SPV/Steamhammer as a digipak (including bonus track+poster),2LP gatefold version (colored vinyl, CD in paper sleeve) and as a digital download.

PRONG spent the better part of October and November trekking through Europe with OBITUARY, EXODUS and KING PARROT as part of the "Battle Of The Bays" tour. 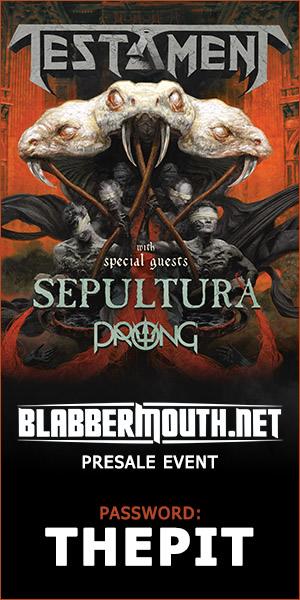 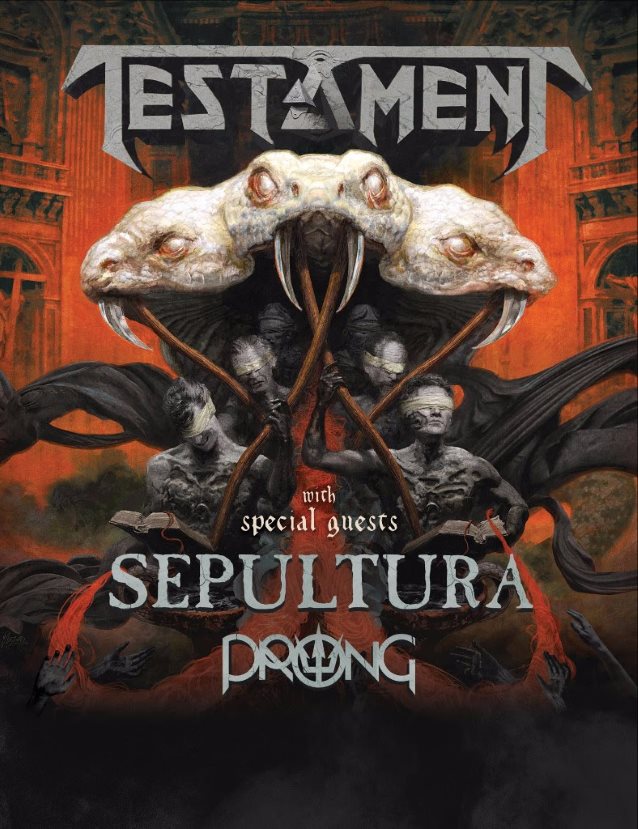