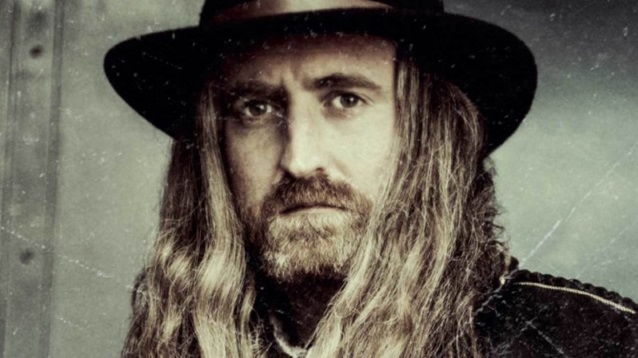 Cormac Neeson of Irish rockers THE ANSWER will release his first solo album, "White Feather", in 2018. The disc will be recorded in Nashville starting in January with producer Blue Miller, who played in the pop group JULIA and performed and recorded with Bob Seger before recording three solo albums and creating Emmy-winning music for various television documentaries.

"This is obviously a first for me and means I have to take a short break from THE ANSWER activity," Neeson said. "I have had the great opportunity to write with some of Nashville's finest writers and artists over the last 12 months and these collaborations have added a vibrancy and focus that will give this album its own unique identity."

"White Feather" will feature a music style influenced by Americana, country, Irish folk and Delta blues. Through a series of well-crafted, introspective songs, Neeson will deliver a fantastic new sound, drawing heavily on his deeply personal experiences of upheaval and seismic change over the last number of years.

A demo version of Neeson's solo song "Whole Again" can be streamed below. The singer stated about the track: "I wrote this song with my good friends Lisbee Stainton and Blue Miller on my very first day in Nashville. With regards to the subject matter, Lisbee and Blue were kind enough to let me take the lead and talk about my son's first days and weeks of his life spent fighting for his life in a Belfast hospital. The session quickly evolved into a very emotional but infinitely rewarding date for all of us. The perfect start of my time in Tennessee."

In addition to Miller, "White Feather" is expected to feature Neeson's collaborations with many of the leading Nashville country songwriters, including Corey Lee Barker, Steve O'Brien, James Elliott and Allen McKendree Palmer.