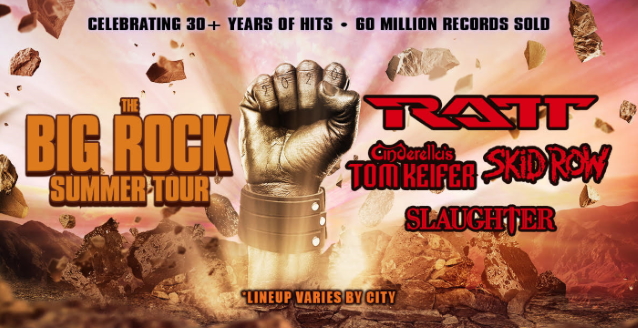 All previously announced "The Big Rock Summer Tour" dates — featuring RATT, CINDERELLA's Tom Keifer, SKID ROW and SLAUGHTER — have been canceled due to the coronavirus pandemic that is sweeping the globe.

RATT said in a statement: "'The Big Rock Summer Tour' will no longer be taking place as originally scheduled this summer and fall. Tickets will automatically be refunded at point of purchase. Thank you for understanding."

Unfortunately like the rest of the concerts, festivals and our Tour that was pushed into 2021. www.bigrocksummertour.com will NOT happen. RATT will be announcing shows Aug 2020. #ratt #Tour #rattproblem