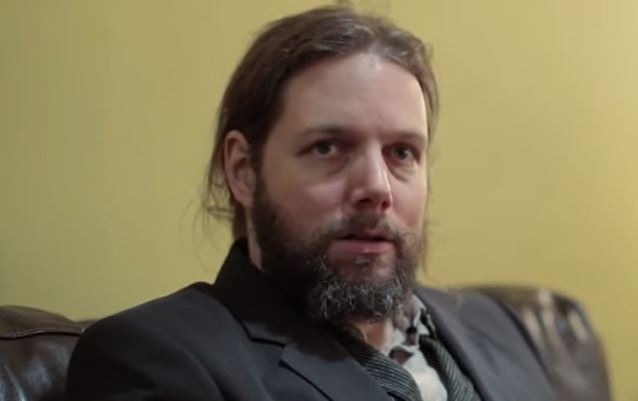 THE BLACK CROWES Are No More, Says Guitarist RICH ROBINSON

Robinson, the group's guitarist and songwriter, formed THE BLACK CROWES in 1989 with his brother Chris in their hometown of Marietta, Georgia. Their first album, "Shake Your Money Maker", yielded multiple hit singles and has been RIAA-certified as a multiplatinum (over 5 million) seller. Their follow-up, "The Southern Harmony And Musical Companion", is, likewise, multiplatinum and rose to No. 1 on Billboard's album chart. The group's catalog also includes additional RIAA-certified releases, including the critically acclaimed "Amorica", "By Your Side" and a live collaboration with LED ZEPPELIN's Jimmy Page.

Said Rich in his statement: "It is with great disappointment and regret that after having the privilege of writing and performing the music of THE BLACK CROWES over the last 24 years, I find myself in the position of saying that the band has broken up."

He continued: "I hold my time with THE BLACK CROWES with the utmost respect and sincerest appreciation. It is a huge swath of my life's body of work. I couldn't be more proud of what we accomplished and deeply moved by the relationships people created and maintained with my music. That alone is the greatest honor of being a musician.

"I love my brother and respect his talent, but his present demand that I must give up my equal share of the band, and that our drummer for 28 years and original partner, Steve Gorman, relinquish 100% of his share, reducing him to a salaried employee, is not something I could agree to."

Robinson concluded: "There are so many people who have helped and supported us along the way.

"I want to give a heartfelt thank you to all of our fans, our friends behind the scenes, and to everyone who was a part of THE BLACK CROWES."

THE BLACK CROWES went on hiatus in 2001, and in 2004, Rich began his solo journey with the release of his first album, "Paper". It would be seven years before his second solo album, "Through A Crooked Sun", and an accompanying EP, "Llama Blues", were released, as the CROWES reunited in 2005 and were actively recording and touring until their second hiatus in 2010.