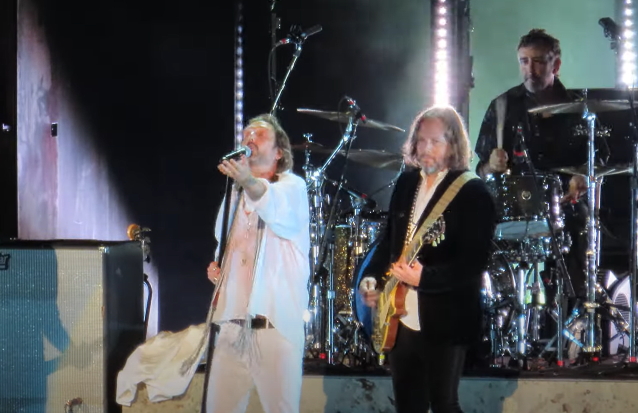 On Tuesday night, THE BLACK CROWES kicked off their highly anticipated "Shake Your Money Maker" tour to a sold-out crowd at the Ascend Amphitheater in Nashville, Tennessee, marking one of the first major rock-tours to return since the start of the pandemic.

Celebrating the 30th anniversary of their debut, multiplatinum album ("Shake Your Money Maker", 1990),THE BLACK CROWES took to the stage as the sun set over Nashville and thrilled the crowd by playing their iconic record in full. The juke-joint inspired set, complete with a jukebox and full-bar, set the scene as the first cords of "Twice As Hard" rang throughout the southern, summer air as lead singer Chris Robinson and guitarist Rich Robinson took the stage with longtime bassist Sven Pipien. The band delivered a blistering two-hour set packed with hits, including "Jealous Again", "Sister Luck", "Hard To Handle" and "She Talks To Angels" before closing the show with a roaring encore of their chart-topping ballad "Remedy".

Produced by Live Nation, THE BLACK CROWES' "Shake Your Money Maker" tour will be playing 37-dates across the country before ending the tour at Bethel Woods Center for the Arts in Bethel, New York on September 25. Most recently announced, the band is also set to perform at the legendary New Orleans Jazz Fest on Friday, October 8 and Stagecoach on May 1, 2022.

Joining Chris and Rich in the new BLACK CROWES lineup are Pipien, who played with the band live from 1997 up until the band's hiatus in 2015, along with Brian Griffin on drums, Joel Robinow on keyboards and Isaiah Mitchell on guitar, plus backup singers Mackenzie Adams and Leslie Grant.

Asked what was behind the decision to reform THE BLACK CROWES without founding member/drummer Steve Gorman, who penned 2019's memoir "Hard To Handle: The Life And Death Of The Black Crowes", Rich told to Long Island Weekly: "Steve was one of the incredibly negative and manipulative forces in the band that we really didn't want to deal with. In order to get back, we really had to do this very specific purge where we focus on the two of us and let this be something that will be positive. We can be in charge of our own triggers, but if you have other people around that have an agenda, which a lot of the older people around did, it’s just going to crash and burn. We didn’t look at this as a one-time thing. We want to focus and do it right for ourselves as human beings. For ourselves as brothers. For ourselves as writing and creative partners as well as the other reasons."

In a February 2020 interview with Meltdown of Detroit's WRIF radio station, Gorman said that he was not surprised to see Chris and Rich teaming up with new musicians for a tour. "To me, it's been an inevitability for years," Steve said."I think they both made serious efforts to establish themselves in solo careers that could sustain them, that could provide a living, and I guess that neither one of those really worked out. And so they were always gonna need to be THE BLACK CROWES again. And this tour is an indication of the fact that, to them, they always wereTHE BLACK CROWES. And to me, THE BLACK CROWES was a band. It wasn't about their band; it was our band. It was six people, or it was five people, or it was four people, depending on the year, but it was always a much greater thing than two brothers who wrote the songs. The success of that band had a lot to do with a lot more than just them, is my point. And the thing that was most special about that band, as I said before, was what six people were able to do when we were on the same page." 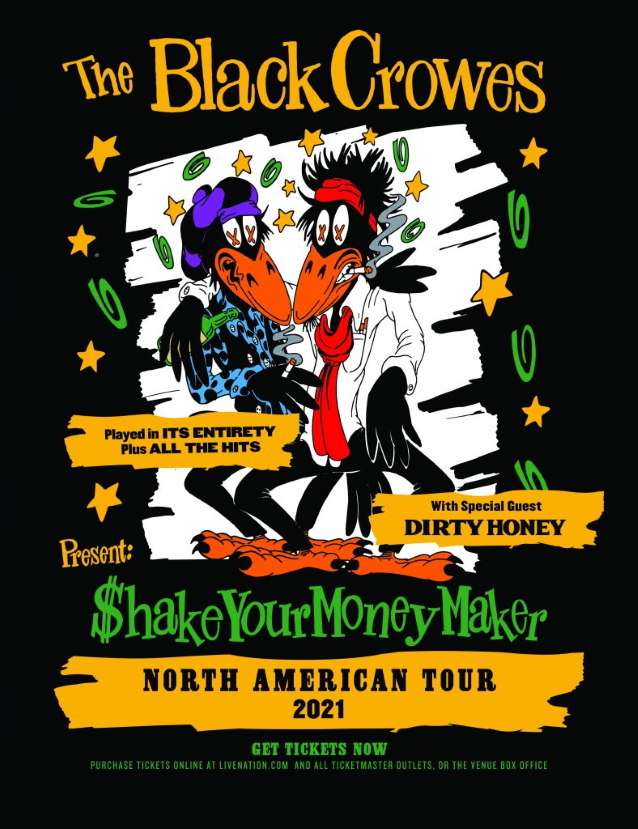